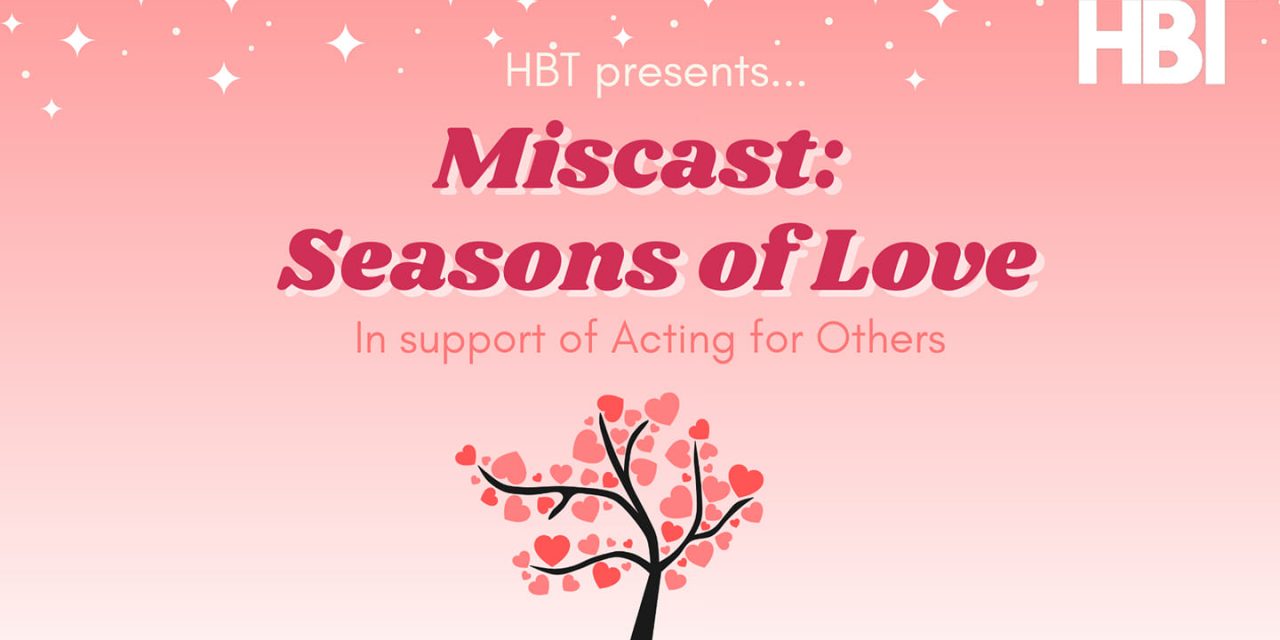 Lockdown hasn’t been great for the young lovers among us, but Miscast’s ‘Seasons of Love’ proves there is hope yet. Its narrative structure weaves a convincing tale between the disparate song selection, uniting yet simultaneously celebrating their diversity. The production witnesses love in many forms: romantic, fraternal, parental – even theatrical – through the show’s support for the charity ‘Acting for Others’. While the sound quality is temperamental, the excerpts themselves rarely are, impressively tackling the near-impossible task of engaging an online audience.

The production sustains a casual tone, its introduction informal and its backgrounds domestic. The captions which accompany each excerpt are admittedly useful, yet placed alongside the performances, they are distracting. If the production had donned a more professional air, it might have raised itself to another level: one it currently scrapes but cannot quite reach. While many performers used high-quality backing tracks, unobtrusive backgrounds, and consistent character acting, those lacking Zoom green screens or clearly audible tracks brought down the production’s overall tone. In addition, as to be expected, the keys of gender-inverted songs were sometimes problematic, restricting the performers tackling them.

However, the balance of the show’s content outshone any technical mishaps. The monologues were tastefully interspersed among the songs, their ratio ideal. The mixture of solos, duets, and trios kept audiences absorbed and intrigued, their contrast of comedies and ballads bringing light and shade to the misadventures of love. If only the production had more consistency between the styles of each video, the ebbs and flows of the excerpts would have constructed a more effective overall arc.

The performers themselves succeeded in igniting their simple rectangular screen. Jennifer Lafferty captured audiences through laptop-piercing direct address in her monologue, while Georgia Malkin’s ‘Not Getting Married’ acted as a delightful contrast in succession. Ordering these excerpts in such a way challenged the audience to draw links between their narratives, a puzzle of intriguing proportions. The chemistry in ‘Sincerely Me’, by Tansy Adams, Flo Lunnon, and Vivienne Shaw, equally lit up the screen, their gorgeous harmonies proving that Zoom rehearsals are well worth the hassle.

Yet it was ‘I Won’t Say I’m in Love’, performed by the wondrous Will Drake, which truly proved that extra effort is never a waste. His alter-ego backing singers elevated his video into one of the most layered and accomplished excerpts in the production. Likewise, Libby Crombie’s ‘Seasons of Love’ showed off the depth of her self-created harmonies. And the magnificently hilarious ‘Mama I’m a Big Girl Now’ excellently teased out the full potential of a miscast production, drawing attention to the comedy of a gender switch. By allowing the cast such artistic license over their performances, albeit necessitated somewhat by Covid, the overall production became just as mismatched as the casting of each number. However, I felt this merely added to its beautifully eclectic nature. If only the production had found that magical balance between eclectic content and consistent style, it might have even built itself a home in the online-production hall of fame.

Watching Tansy Adams’ beautiful sonnet showed off the versatility of the production as a showcase, one filled with centuries-old writing as well as modern musicals. Tansy wasn’t the only repeat of talent. Didi Bostock’s acoustic version of ‘The Winner Takes It All’ was spellbinding, yet it was his rendition of ‘Hopelessly Devoted’ which was captivating above all else. Instead of merely reproducing the song, it was as if he recreated it, giving it a country-like lilt and an entirely new perspective.

‘Miscast: Seasons of Love’ is a flawed production, but I do not doubt that it fulfils its purpose. Especially as its interval raises awareness for ‘Acting for Others’, it’s a brilliant remedy for the theatre-less pangs of lockdown. Above all, it achieves online entertainment in a format rarely so successful.

‘Miscast: Seasons of Love’ is available to stream until midnight on 4th April 2021. Tickets are available to purchase here. A proportion of ticket sales will be donated to Acting for Others, supporting the work they do providing support for theatre workers in these times.