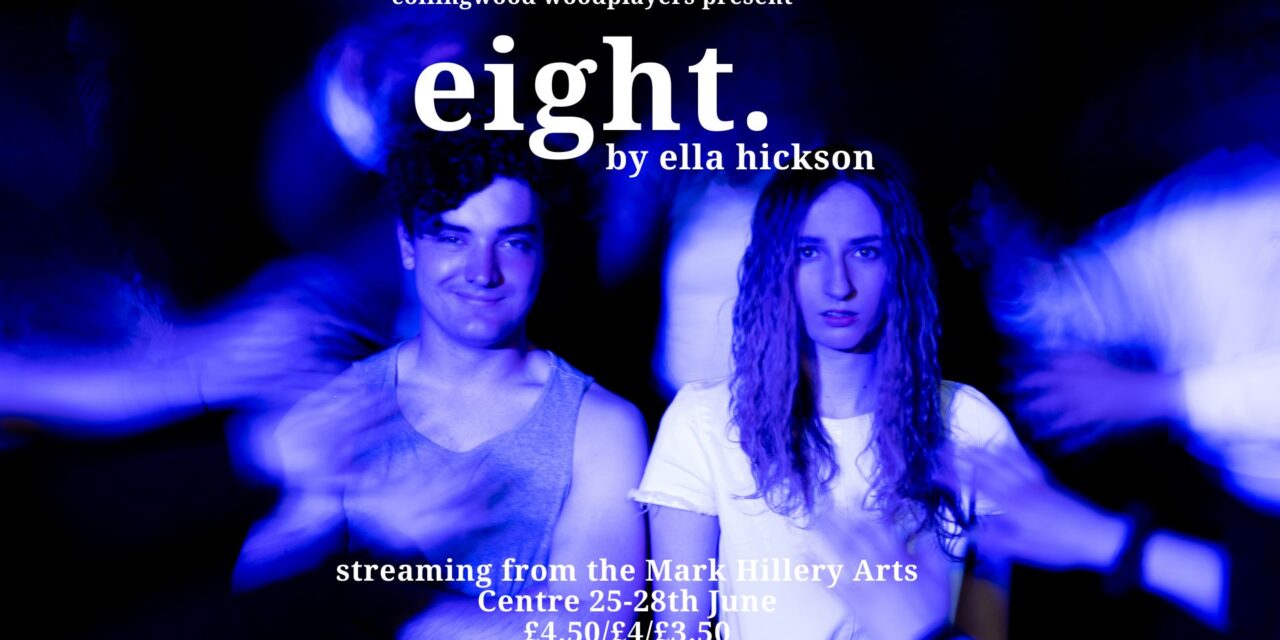 Seána Johansson-Keys praises Collingwood Woodplayers’ production of Eight, a dark, touching, and often funny portrayal of life in an age of excess.

Eight is a show composed of eight separate monologues, exploring themes of guilt, grief, infatuation, death, relationships, financial struggles, sex and many more. Collingwood Woodplayers have put together a beautiful piece with excellent acting and directing that I would highly recommend.

Director Lowri Mathias and assistant director Lillie Rodger have done a fantastic job. Every directorial decision was made with purpose and added to the piece. I particularly liked the inclusion of other actors in the monologues, who would stand in as the characters being talked about. The decision to have only two chairs and a bed on stage was also effective, and the fact that this was consistent throughout meant that the transitions between different monologues were smooth. Much of the blocking was simple; however, this brought further attention to the acting, which was perfect for this play.

The same can be said for the lighting: straightforward yet focusing. There were some nice uses of colour (notably blues and purples), which did create some variation, but for the most part the lighting states were fairly standard. The blackouts between monologues effectively separated each piece and did not cause the pace to lag, which I often find is the case with blackouts. However, the blackout inserted in the middle of the first monologue did not quite work, as it created the impression that the monologue was over. Though I can see what tech director Kevin Roice intended, perhaps this could have been more effective by using colour or flashing lights, as the blackout felt quite jarring. Having said this, Roice did a great job overall.

Other theatrical elements, such as sound and costume, were also used well. My only criticism of these would be that I would have liked Alexander Bittar to have worn more formal trousers as I think this would have suited the character of Miles better than the jeans he wore (and I know that suits are often easy to come by in Durham). However, this is only a minor criticism, and perhaps I am nitpicking.

As has been described, many of the theatrical elements sought to bring focus onto the acting; a show such as this relies heavily on its performers, and these actors did a fantastic job. Each actor competently portrayed two distinct parts, and the different energies of each monologue made for an engaging piece of theatre. Dylan Hicks does a brilliant job opening the show as Danny, and I admired how differently he played his second character, Jude, changing both his accent and mannerisms. Although some lines, particularly in his first monologue, were lost due to Hicks saying the lines slightly too quickly, the characterisation more than made up for this. I also really felt the passion in Hicks’ acting: he physically put his all into his performances and seemed very vulnerable, most notably in his second piece as he portrayed a young man infatuated by an older woman.

Aime Page follows with her captivating performance as Mona, which was again very passionate. Although I felt the character was played a bit too young, especially near the beginning, Page’s raw emotions throughout really shone through. Her characterisation as Bobby, a young mum desperately trying to make Christmas special for her children, was spot on. Page was such a likeable presence on stage and the accent was great. I think perhaps a different accent or voice could have been used to portray her employer Mrs Beeton, but overall I thought her acting in this monologue was beautiful.

André, a man dealing with his partner’s suicide, was played by Alexander Bittar. He did an amazing job at staying charming whilst also showing the character’s remorse and pain in a subtle manner that suited the piece’s tone. However, Bittar really stood out in his second monologue as Miles, a troubled man who is at once unlikeable and sympathetic. Bittar was excellent, and if I had to choose a favourite monologue, this would be it. Every aspect of Bittar’s characterisation was immaculate, and I was thoroughly impressed.

Finally, Maddie Clark superbly portrayed her two characters Millie and Astrid. Yet again, there was a very clear distinction between the two characters. I particularly liked Clark’s use of voice as Millie: the posh accent and righteous tone worked well together, and Clark was also able to perfectly deliver the comedic lines of the piece. A standout moment was the disgust and shock with which she whispered “Labour”.

Overall, the acting was very impressive and some of the best I have seen during my time at Durham, and the few flaws did not detract from the powerful performances. This is a beautiful piece of theatre that I would thoroughly recommend. I am very glad that I had the opportunity to watch it, and everyone involved should be very proud.