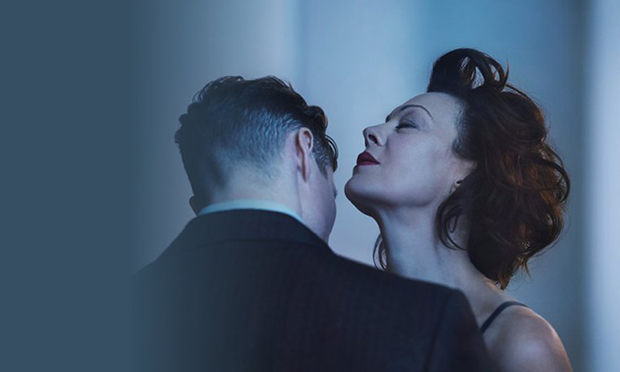 Lauren Brewer muses on the National Theatre’s The Deep Blue Sea, a fascinating exploration of mental health in an age of societal transformation.

In this week’s offering, Terrence Rattigan’s The Deep Blue Sea, the National goes one step further with its impressive lockdown service, offering not just an evening’s quality entertainment but an acute and deeply relevant study of personal mental health in a very public world.

Rattigan’s play, deemed by many his greatest work, follows its leading lady, Hester Collyer, in the hours following her failed suicide attempt. As she attempts to reason the worth of her life, she is joined by both her intimate connections and unknown neighbours alike, each presenting conflicting narratives under the guise of aid in her most desperate moments.

It is Helen McCrory’s Hester that undoubtedly carries the production from start to finish, sitting and acting as its core. McCrory’s performance is made particularly special in its astonishing ability to capture a perceptible sense of conflict. From the play’s start, we are never trusting of Hester’s intent; her original failure to put money in the gas meter (causing her failed suicide) is neither distinctly an honest mistake or subconscious symbol of hope. The fluctuating dynamic of McCrory’s portrayal, perfectly tailored to her ever-changing company, seems to capture the ultimate contention of Hester’s place in the world. She plays the perfect hostess one minute, the deranged lover the next. She craves excitement but cannot relinquish security and, perhaps most importantly, she is constantly surrounded by people while being completely alone.

In conveying the intercourse between private and public, it is arguably Tom Scutt’s genius set design that is the play’s standout performer. Scutt’s transparent walls allow director Carrie Cracknell to utilise both her ensemble and a well-designed sound score to full advantage. The play’s action itself refuses to leave Hester’s side, trapped, much like her, within the walls of her apartment. Yet, people move visibly through the house’s exterior stairs and corridors in a subtle reflection of wider life. There is a sense that each of Hester’s neighbours is simultaneously party to and wholly detached from her interior struggles, the apartment acting as a microcosm for a disorientated London in the 1950s. The familiarity of the setting leaves a poignant suggestion that, in this new post-war world, everyone has their secrets.

The play, in this sense, takes its place amongst a wider body of dramatic work aimed at psychologically understanding the citizens of a post-war world. In an interview with The Guardian, celebrating the play’s release as part of the National Theatre at Home series, Helen McCrory suggests that, “It could have been written by Tennesse Williams… with that heady sensuality”. This quality is made increasingly clear by both Cracknell’s direction and Tom Burke’s impressive portrayal of Hester’s lover Freddy Page. There is a certain Stanley Kowalski quality to Burke’s Page: he is damaged and has been repressed, and so as a consequence channels vigour and impulse into his physical interactions with Hester. As she reproaches him for his ‘common’ RAF slang, you catch a momentary glance at a lost boy who, just like Hester, is without purpose. In Burke’s frustrated, jolting movement, particularly in the moments after Freddy has first read Hester’s suicide note, there is a convincing suggestion that each individual, ill-prepared for what a return to a foreign normality would mean, are just thoughts away from self-destruction.

Perhaps it is this ability to capture a moment of communal grief, confusion and adjustment that allows Cracknell’s 2016 revival to unconsciously speak to the hearts of a new 2020 conversation. Its virtual audience watches as we return to a normality that for many will look noticeably different from the one we knew before while, albeit in a very different way, constantly at the scrutiny of our peers. Hester’s tale serves as a testament to an active choice to just ‘carry on’. From Rattigan, who wrote the play in response to the suicide of his own lover, there is a tangible sense of pleading, captured best by the words of the character Miller, ‘the only purpose of life is to live it’. As the play ends with Hester cooking an egg, symbolically using up the gas in the meter and seemingly promising her audience to try again tomorrow, Rattigan asks us all, for a chance at better days to come, to do the same.

The Deep Blue Sea is available to watch until 7pm on Thursday 16th 2020 on the National Theatre’s Youtube channel. 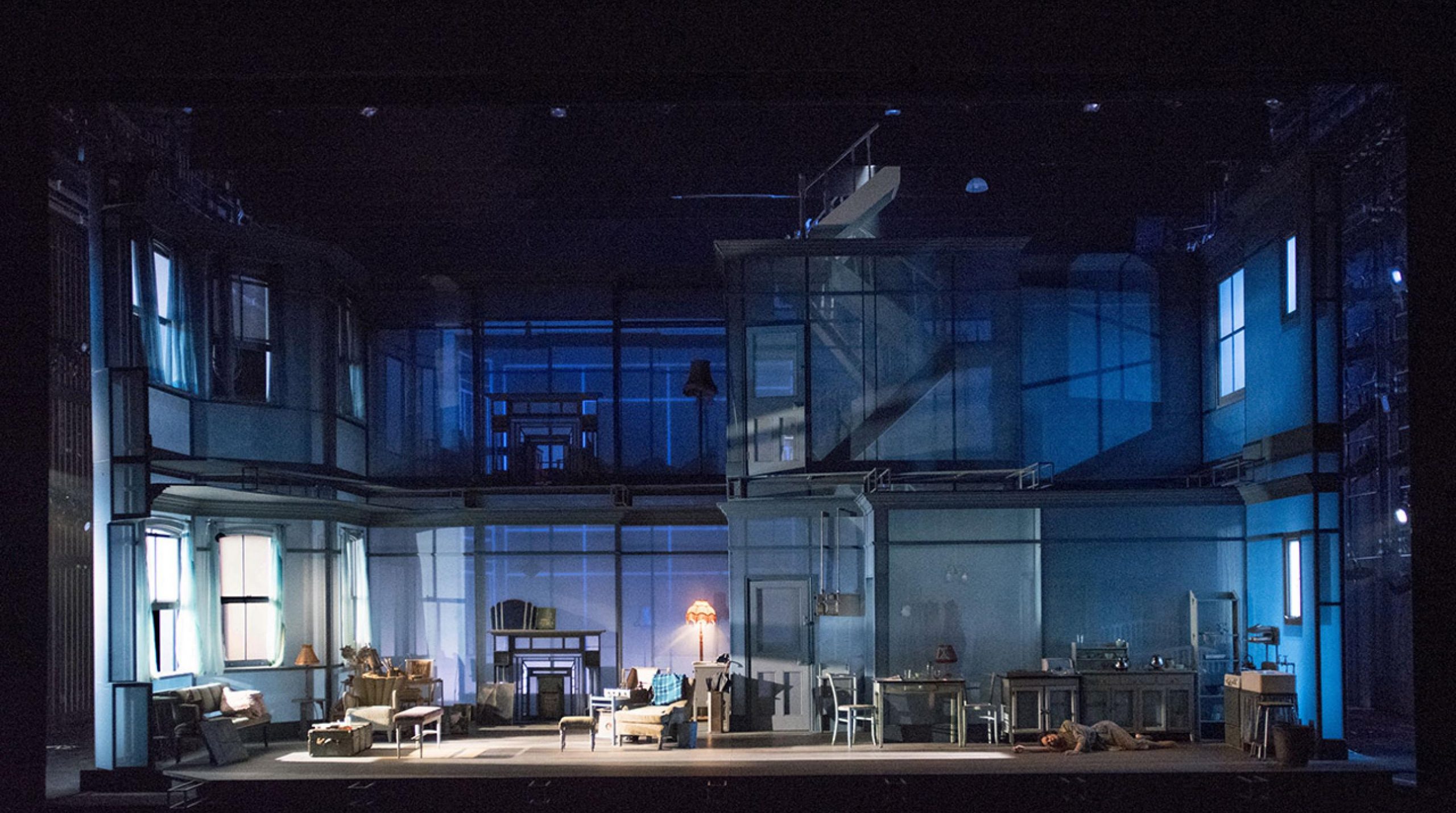 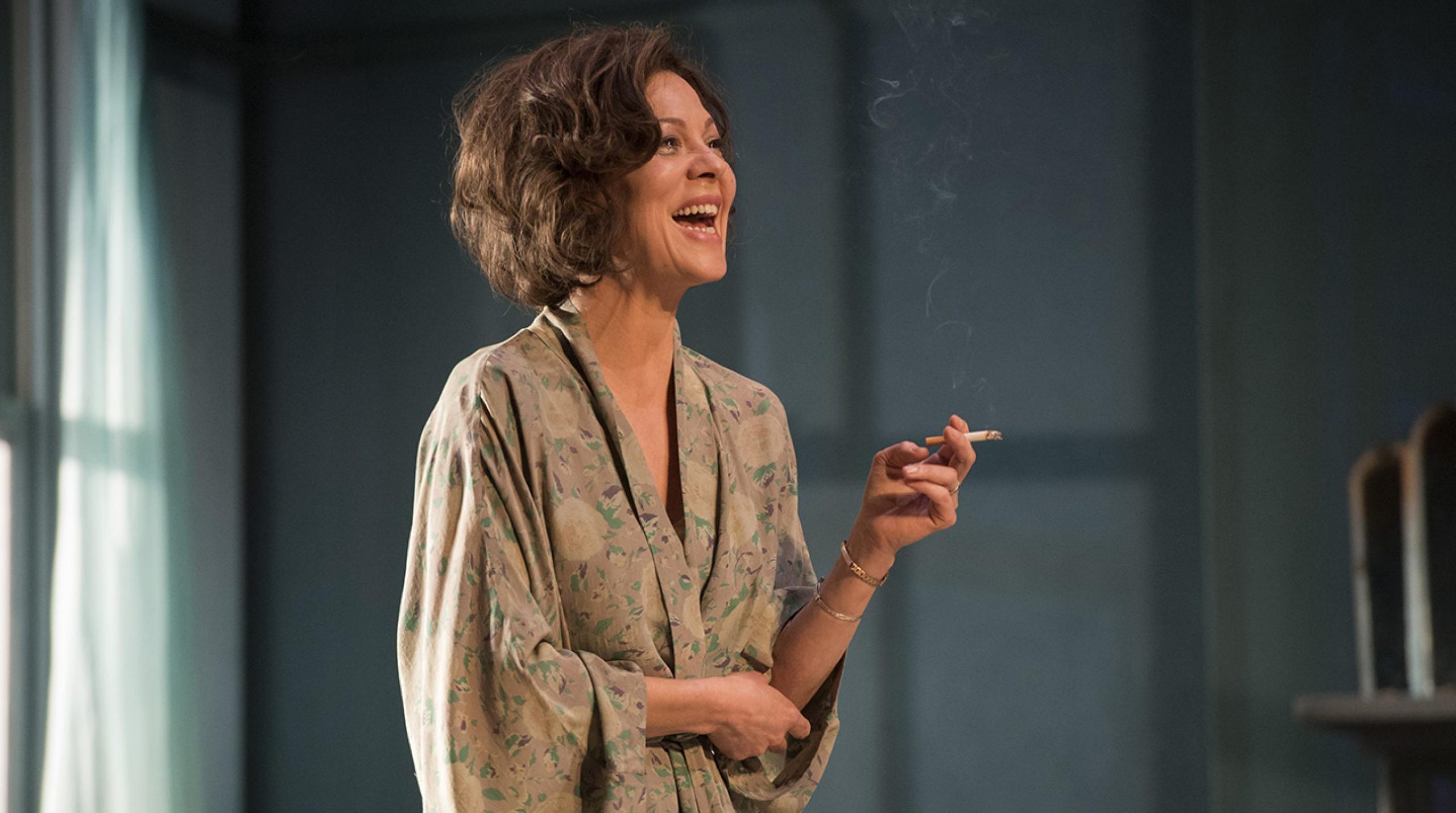