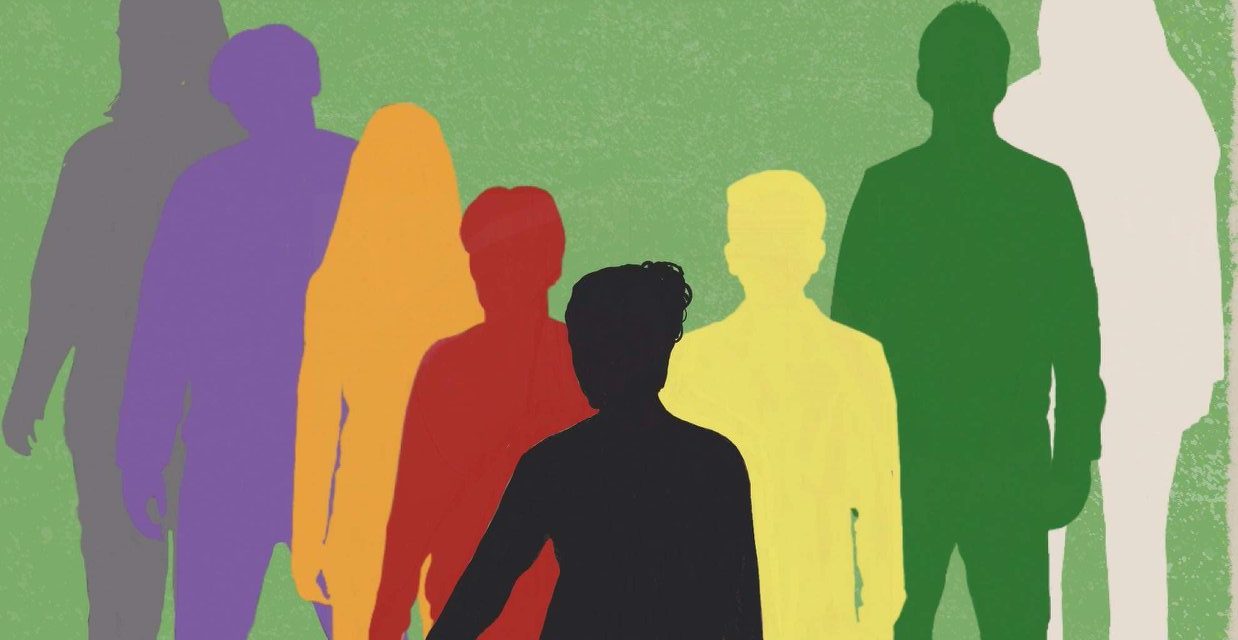 Lungbarrow’s Insomnia is a colourful depiction of Carrie Clyde (Giorgia Laird)’s psychological world, as we follow her struggle through the night with the cast of personas she has created in her head. The colours have vibrant personalities and attempt to satisfy her needs through their unique traits, but are also much more than that – they are vehicles for her thoughts, remnants of old relationships and trauma, and evolve to present the states of her mind. The spectrum of mental life has been fleshed out through the actors’ distinctive portrayals and the script’s ability to delve into deeply personal issues while remaining broadly relatable.

I rather enjoyed the way the colours begin as distinct characters but slowly melt into one another as Carrie’s subjective and personal experiences surface, and distort the way we perceive them. Red (Alex Comaish) is a cool sad boy figure formed as a means for Carrie to deal with her sexual desires and fantasies, but the later appearance of Orange (Antonia Hogan) highlights the unhealthy jealousy and loneliness that accompanies dwelling on such thoughts, and the way social experiences cast shadows on self-perception. Yellow (Thomas Bracewell), an eloquent technocratic figure whose analytical interruptions present a different form of intervention, is entertaining and convincing as a presence in the imagination. Green is a hippie free spirit that tries to get Carrie to relax and groove to some beats, and is delightfully characterised by Joe Pape, whose physical and vocal embodiment create a strong impression and great comical effect.

A scene that stood out to me was a later interaction between Green and Yellow that breaks the initial separation of actor (colour) and character (persona), reflecting the mess in Carrie’s mind as Purple (Rahul Shah) infects the stage with his chaotic energy. The amusingly absurd moments of the play manage to accurately convey the dynamism within a sleepless head, and offers us an imaginative way to consider psychological struggles. Some of the features that I found effective for the play’s themes included the rewinding effect, which cleverly imitates the way people obsess with memories, and can likewise be transformed to take on threatening qualities when used in performance. Another feature was the way ceaseless trains of thought and the restless use of social media seemed to mirror each other.

Personally, the more poignant moments of the play concerned the relationship between Carrie and White (Esther Levin), a figure representing her mother which both gives her an avenue to reconcile with past trauma, and makes it difficult to break out of her dependence. There was a new dimension of emotional intensity used to approach the difficult topic of childhood abuse and the ambiguity of the truth behind the stories we tell ourselves. It was at this part of the play when Carrie’s character began to acquire more depth and realism for me, and that sense of genuine inner resistance that seemed slightly lacking in the earlier parts became more present in the fighting and fragmenting narratives.

The play was not without hope, as Grey (Layla Chowdhury) was the last colour to be introduced, and offered concrete ideas in opposition to the romanticism of earlier colours, which are helpful starting points for taking action and creating routine. She brought a view of reality that one must eventually confront, and a possibility of getting better when one is ready.

Ultimately, Lungbarrow’s Insomnia creatively explored how our minds construct and create to deal with our struggles, and the challenges of finding resolution in a self that is crowded with voices and shadows. The whimsical yet natural flow of the script balanced humour and honesty as it presents the dialogues occurring within ourselves, resulting in a show with a lot of heart.

Lungbarrow’s Insomnia is in General Programme 3 of the Durham Drama Festival 2020, playing at the Mark Hillery Arts Centre, Collingwood College.