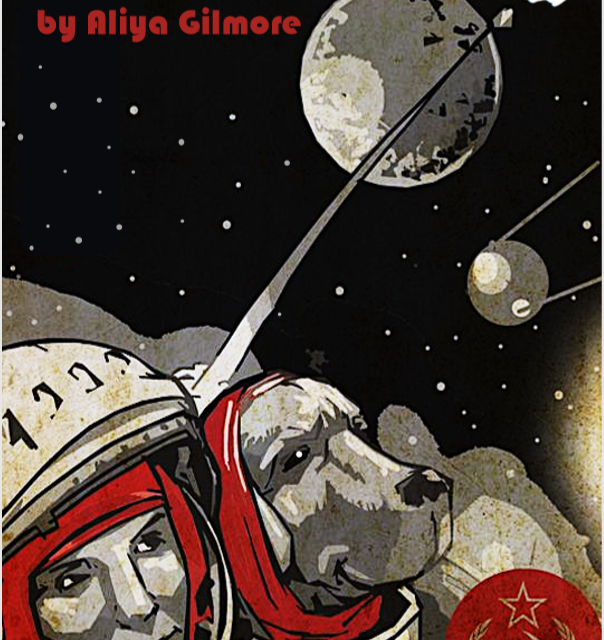 Natasha Ali enjoys Laika, a play that gives voice to a forgotten victim of the Space Race, at the Durham Drama Festival.

Basing things on true events can always be tricky. How real should it be? What can be left up to interpretation? Where is the balance between respecting the events and creating something that works on stage?

Laika follows the story of a stray dog from Moscow who, in 1957, was chosen to be one of the first animals ever launched into space. Her story is a series of tragic mistakes and cover ups. Aliya Gilmore has found a way to tell it.

So, first problem. How do you make an audience care about a life that isn’t human? The answer is Iz McGrady. Presenting Laika as a childish, quirky girl that runs around and gets side-tracked too easily was the perfect way to personify a dog without forcing some poor actress to crawl around everywhere. McGrady is captivating. You smile and invest into her character despite the known outcome, and her father-daughter dynamic with Ben Cartwright was very sweet to watch.

Cartwright himself, who had only four days to slot into this role, pulls off the caring, guilty persona of Man wonderfully. His monologues were sincere and despite not having as much dialogue or emotional moments, I still cared about his character and how affected he was by Laika throughout. I was surprised at just how heart-breaking the story got at times. Towards the end overlapping dialogue and incredible acting created a lot of tension which is really hard to do using a story where the ending is already well recognized. I may have cried. Twice.

The set was great. Fairy lights, torches and technicolour tech are used to their full extent in the limited venue that is Caedmon. Transitions between music and darker moments work well and made the show feel structured and energetic.

The staging was good too, thanks to directors Aaron Rozanski and Auguste Voulton. The actors were given places to go and things to do during monologues, so nothing ever felt too one tone. While there wasn’t much dialogue between Cartwright and McGrady, their physical interactions through piggy backs or dancing all established a comforting and genuine relationship.

Gilmore is clearly a very talented writer. I love her detailed paragraphs and strange thought trails and weird questions that never get answered. The way she describes death is absolutely horrifying in the best kind of way. She makes stories feel personal and accurately brings to light the unfairness of Laika’s situation.

My only criticism really would be this. I would’ve liked to hear more about the historical context the show was based around. The disregard for animal ethics was rooted in the insane competition that was the space race between the Soviet Union and the US.

Gilmore seems to have found a niche in giving voices to forgotten victims, and I can’t wait to see what she comes up with next.