DDF review: Alone at the Edge of the Universe 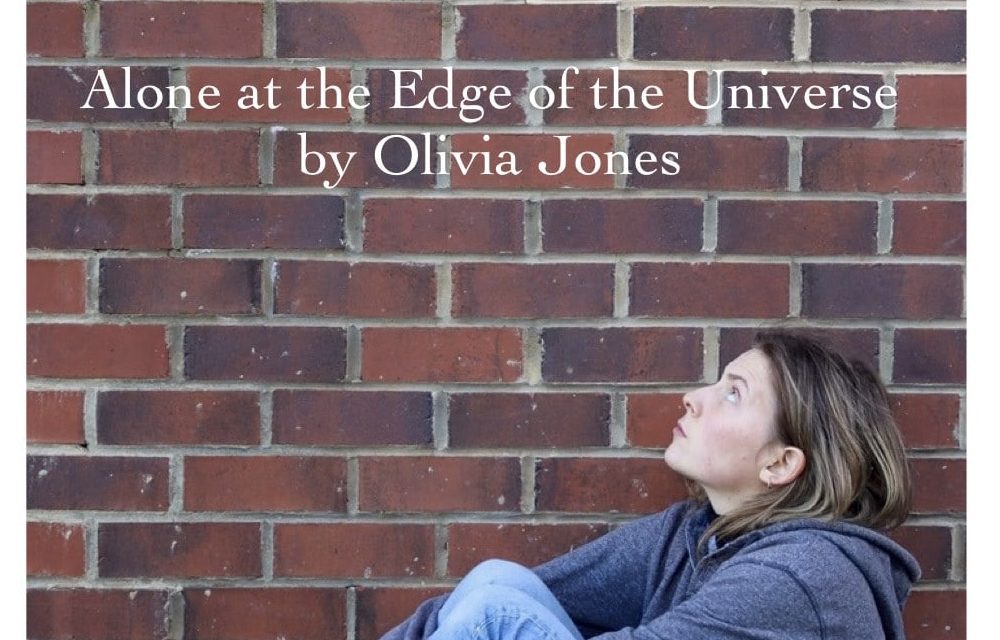 ‘Alone at the Edge of the Universe’ by Olivia Jones is a philosophical and witty vision of the apocalypse made personal. Comprising of five scenes, this one-woman play is filmed remotely and explores the aftermath of the beginning of the end. Our guide is a young university drop-out called Sam (candidly acted by Imogen Marchant), reckoning with what it means to be remembered and remember.

The ‘found footage’ style of this play opens it up to a raw and honest perspective of a dramatic surrounding. The concept of being allowed to see the direct thoughts of someone facing the imminent and ensuing destruction of the world around them is an inspired idea; one which allows an upsetting and eerie warning of the plausible prospect of obliteration. This genre also plays very well into the hands of lockdown theatre. It allows us to suspend disbelief and anticipate the technical hitches, jaunty angles and grainy footage that would be recorded by someone thinking out loud, documenting and grappling with the ‘new normal’ of the apocalypse. The idea that Sam is hiding out in an old office block is believable and almost amusing, which is why I wish it had been played with even more in terms of props and dialogue. Although a little subdued, Marchant’s portrayal is pretty convincing and relatable. With some more development in the urgency and movement, and some more time to perfect it, ‘Alone at the Edge of the Universe’ has clear potential.

Moreover, Olivia Jones asks us to question our direction as humanity, as we journey through ‘found’ video clips on an abandoned smart phone – perhaps optimistically suggesting there are people out there who live on past Sam, and care enough to uncover the time-capsules of a grim past. Film, TV, cultural and music references scattered throughout bring home how possible Jones believes her character’s situation is.

Furthermore, the haunting quiet which bookmarks every phrase of text becomes increasingly daunting and leaves space for the bleak subject matter to breathe, and the ending – which I won’t spoil – is a glimmer of gentle hope in a mostly gloomy text.

Marchant brings a “quiet rumbling” to the portrayal of Sam. The sense of numb confusion and trying to make sense of the past, present and future infuse this snapshot of mortality. Marchant’s bursts of naïve excitement and tangential anecdotes amidst terrible loneliness are the highlight of the play. However, the stagnant setting and extensive monologues ache for something more physical as Sam asks what it means to be a survivor when everyone else is gone.

Olivia Jones’ writing presents flickers of gorgeous descriptions and theme and carries off openings and endings very well. Issues with pacing and repetitiveness can be overlooked in the face of the sombre sobriety Jones brings to the table, as she crafts a realistic portrayal of survivor’s guilt and normality strewn against the dreadful unfamiliar. Jones concocts ideas not far from our current philosophical ponderings concerning life and death, kenopsia (“the eerie, forlorn atmosphere of a place that’s usually bustling with people but is now abandoned and quiet”- sound familiar?), loneliness and the unknown. Sam’s ramblings are sincere and endearing, searching for answers when she knows she’ll hear nothing back: Jones’ writing is a dark call into the void. With some more grit, and more of the punchiness of Jones’ beginnings and endings, this play would hit that much harder. Simply put, I was left wanting more. I wanted to scratch even further beneath the surface of a fascinating character and exciting concept and uncover more of the nuance and fascination Jones has the ability to conjure between the lines.

Overall, ‘Alone at the Edge of the Universe’ is a thought-provoking DDF piece worthy of notice, as it drags the ordinary and the agonising of Doomsday onto our screens.

‘Alone at the Edge of the Universe’ is available to watch from the Durham Student Theatre Youtube channel.

More details of all DDF plays can be found on the Durham Drama Festival section of this website, this First Night news article and the DDF Facebook page. Find out more about the inspiration behind the production in Olivia Jones’ writer’s note.