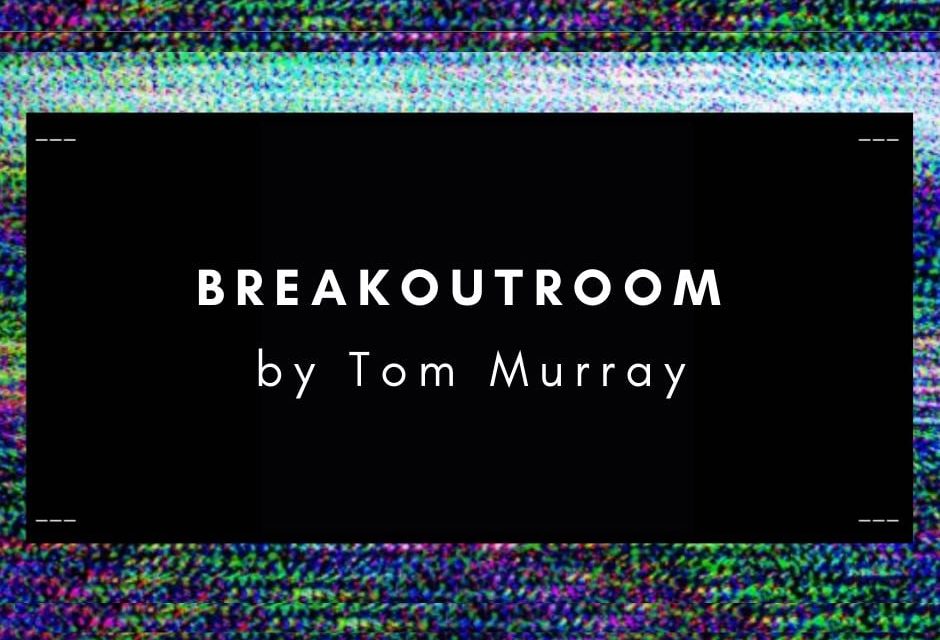 Zoom. That dreaded app has become a staple for students, featuring all of our online lectures, seminars, and specifically for DST, auditions. The latter is what inspired playwright Tom Murray to create ‘BREAKOUT ROOM’ for Ultraviolet Theatre Company, an absurdist play about two student actors waiting to be called back into the main zoom room to do their audition. You might be averse to creating any more experiences with Zoom than you have to, yet throughout this play remains engaging. The first reason for this is the brilliant writing of the play itself. It brings a sense of dry humour and excellently conveys the characters’ emotional journey, who begin frustrated but gradually open up to each other, raising their worries and questioning what it is to be an actor and the process of auditioning. Murray has not only written the play but also directed it, allowing the actors to encapsulate the main themes to maximum effect.

The performances of Ben Willows and Charlie Barnett are fantastic. A Zoom play brings with it many challenges; for example, how does one keep the audience invested and interested in something taking place in a single breakout room with little scope for movement? The quality of the acting mitigates this problem. Both performances maintain the audience’s attention, and the stark differences in the personality and energy each character brings to the table are very powerful. Barnett’s frantic and energetic performance contrasts nicely with Willows’ more reserved nature, which brings with it a lot of the comedy mentioned earlier. The distinctions between the characters are effective at capturing and maintaining the audience’s attention. The efforts of both to figure out what to do to work their way out of their situation, and then their attempts to contact the casting team are both funny and help to convey the powerlessness they feel. It would seem Murray has had some bad experiences with breakout rooms, and this translates effectively in both the writing and performances. The omnipresent but invisible character of Barnett’s boyfriend and Willows’ apparent lack of human contact in the lockdown captures the isolation many have been feeling as a result of the pandemic. Of particular note are the periods of silence, in which Barnett’s character walks away, leaving Willows staring at the screen. These moments successfully bring a sense of emptiness and provide a break for the audience, which is again important for a Zoom play to remain engaging.

These moments also show the effectiveness of the sound design and editing, spearheaded by Technical Designer and Producer Aaron Rozanski and Editor Dragos Farcas. They immerse the audience in the Zoom call environment while also utilising visual and sound effects to display the passing of time, its cyclical nature and the constant waiting – building on the play’s absurdist themes. This is especially important in the distorted imagery at the end, illustrating the characters’ inability to leave the call. The editing also provides moments of change, further helping the play to remain engaging throughout. My only complaint with the sound effects is when Barnett’s character plays a recording of herself reading out the lines for her audition. This was extremely loud, so I would suggest avoiding headphones when watching this. I learnt that lesson the hard way. Nevertheless, all other aspects of the visual and sound design work well, assisted by the eerie singing of Gracie Baker at certain chaotic moments.

This is a thoroughly enjoyable production, and I recommend it to anyone who has had experience with Zoom or Zoom auditions. It is sure to entertain and, besides, it’s only twenty minutes long; there’s no reason not to.