Review: The House of Bernarda Alba 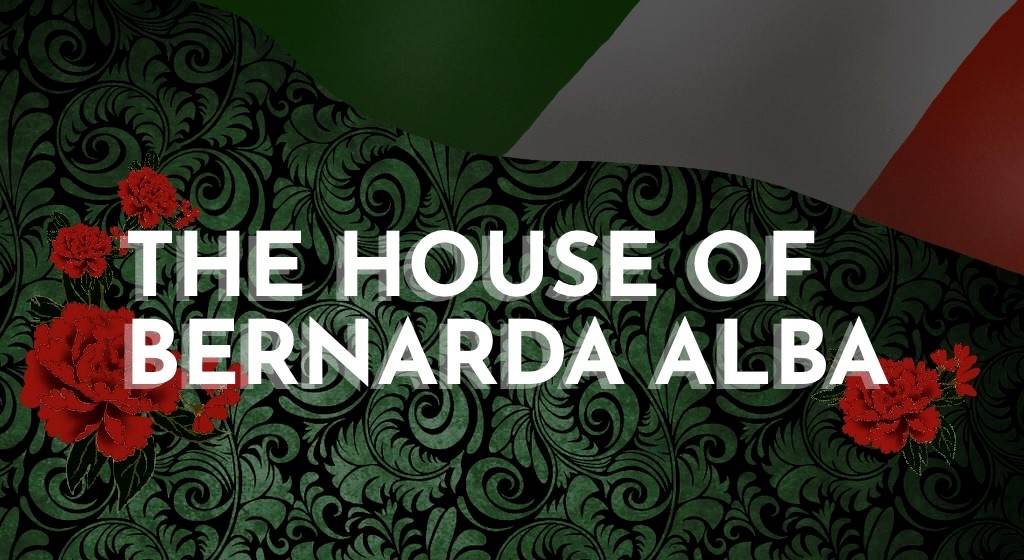 The House of Bernarda Alba is one of my favourite plays, so I was excited to see what this year’s cohort of first years would make of it as the freshers’ play. Upon watching the show, I could tell that they had all engaged with the story and brought a good amount of effort and enthusiasm to stage it.

Bernarda Alba is not an easy play to produce, particularly with the constraints of the Covid-19 pandemic and a student theatre budget. Garcia Lorca spared no detail in his meticulous stage directions, all included in the script, and for good reason: many of the set and technical elements of the show, particularly the sound effects, contribute to the play’s rich use of symbolism, conveying Garcia Lorca’s critique of the repression of Spanish society in the 1930s and particularly how the rigid norms of that society made women’s lives near-impossible. I was relieved to see that, for the most part, there was at least an attempt to put all those directions to good use.

I must particularly commend Charlotte Llewellyn-Smith, the sound designer and operator, and Charlotte Beech, the technical director. The sounds scattered throughout the play and interspersed smoothly with the dialogue – from the stallion threatening to kick down the stall doors to the farmhands singing as they walk on the fields – fitting perfectly with the vision that Garcia Lorca puts forth in his script. Unfortunately, the set and lighting were less developed. While it was clear that the production team did their best to secure as much of the high-maintenance, all-white set the play demands as possible, they were unable to achieve all of it, diminishing the set’s effect. This was particularly evident when the white backdrop had red projected onto it, instead of being left as white. While this added to the dramatics onstage when it happened, it took away from the critical meaning of the white set. In particular, it diminished the contrast intended to be created in the last act, when the family’s secrets begin to surface and the white set is tinted with blue, showcasing how illusory the image of purity the family tries to project really is.

The audacious choice was also made to change the setting of the play from 1930s Spain to Ireland. While this had the potential to transplant the themes of the play to a setting that is culturally closer to Britain, the effect was mixed. Part of the issue was that it was never clear to which era the play had been transposed, meaning that the social critique was slightly dampened. Some of the costumes looked like they would pass in the 1930s, others like they could be seen in the ’90s – though, again, I was happy to see how faithful they were to the colours specified in the script, fulfilling their symbolic role. The Irish accents were also inconsistent – while some of them were exceptional, others still sounded completely English. This only highlighted that some dialogue did not translate to the idea of Bernarda having migrated to Ireland from Spain, particularly in the scene where she and Poncia are discussing foreigners.

All this being said, Ben Johanson’s directing chops are clear, particularly in the way the cast worked together to bring the complicated relationships of the Alba women (and their servants) to life. I was impressed with how the actresses playing the five sisters each captured the essence of the sister they were playing. Maddie Clark, as Angustias, perfectly portrayed her character’s anxiety at being forced into years of mourning when already seen as a spinster, and the tension that being the only daughter with money and a marriage prospect causes between her and her sisters. Juliette Willis brought Adela’s rebelliousness and immaturity to life, especially through the use of her voice and facial expressions. Zara Ewen was an unexpected but thoroughly welcome standout as Poncia, the family’s housekeeper, who sees and knows all, but also understands. Finally, a review of Bernarda Alba could not be complete without examining the portrayal of Bernarda, the family’s domineering matriarch, whom Catherine Turner depicted brilliantly. From the moment she walks onstage, ordering everyone to be silent, to delivering the same order at the end of the play, she is the authority onstage; defer to her, or else.

All in all, this year’s cohort of freshers brought their all to this production of The House of Bernarda Alba, regardless of the obstacles in their way. The acting and teamwork alone make this show worth your while – catch it while you can.

The House of Bernarda Alba is available to stream until midnight on 9th May 2021. Tickets are available to purchase here.