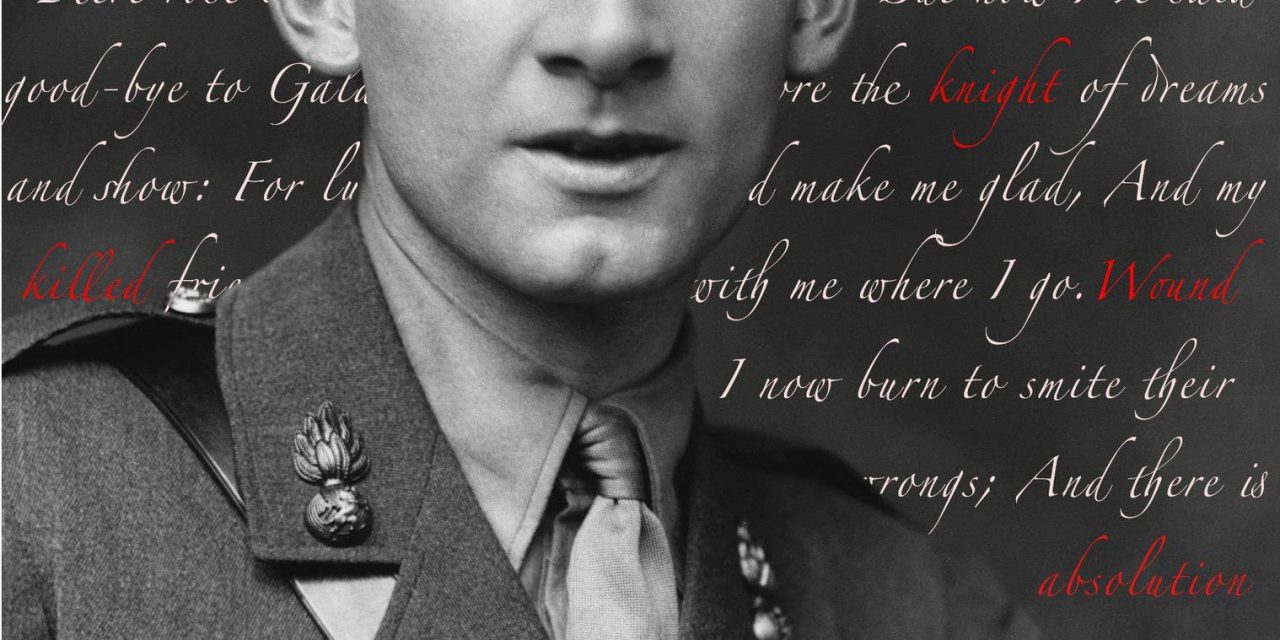 ‘Absolution’ by Alice Butler is a radio play that beautifully tells the story of the life of war poet Siegfried Sassoon, capturing the essence of a man grappling with the bleak realities of the Great War. This is the first of DUCT’s plays, written for the Classical Writing Competition, to be performed. It is an eloquent piece of radio theatre that should be revered.

‘Absolution’ tackles the life of Sassoon by smoothly combining poetry and drama into forty minutes of emotionally moving storytelling. The question of power in poetry, alongside the brutal truth and tragedies of fighting in the trenches, is approached with excellent resolve, cynicism and heart. Although the writing is occasionally a little too on the nose, the mixture of poetic texts, letters and dialogue between characters is natural. It well portrays the loss soldiers experienced and the idea that war cannot exist without poetry. Butler stirs anger and pain in her writing in a tear-jerking and sophisticated manner, allowing the gentle life of pre-war England to sit and build to the horror and truth that Sassoon was soon to face. The play is also very accessible to both those who are very familiar with the works of war poets such as Sassoon and Wilfred Owen, as well as someone entirely new for this area of raw literary brilliance.

Something which shines throughout is the sound production. Although not without its faults in terms of volume levels and the awkwardness of cutting, this aspect of the show is great. The music displays the supposed heroics of battle, contrasted with the sweetness of sombre piano whilst Sassoon despairs and grieves- it’s superb and touching. Furthermore, the opening and closing moments connected by the tragic horn of ‘The Last Post’ are haunting and allow the audience to ponder the cruelty and loss seen through this poet’s life. Despite working within the constraints and sometimes expositional nature of radio’s sound effects, the sound production doesn’t suffer in the slightest and adds nicely to the variety of moods manifested throughout. The radio format works very well for this production and feels personal to listen to and take in. It leaves the listener to savour every syllable of every verse and line and lends itself to the splendour of sounds in Sassoon and Owen’s words.

The voice acting in ‘Absolution’ is nothing short of emboldening. Both Eleanor Thornton and Oscar Scott convey flare and wit to their roles and provide urgency to the lives of those who shaped Sassoon and his writing. Their performances carry the story forward and impart a wonderful sense of drama. Moreover, Issy Flower, in particular, flourishes in the roles of Wilfred Owen and David Thomas, conveying funny and pitiful characters using pace, accents and tone deftly. Flower has a bittersweet and well-executed dynamic with Ben Johanson (playing Sassoon) as the two characters inspire and are inspired by one another amongst the backdrop of abject misery and disdain for the needless suffering of conflict. Johanson’s concluding poetry reading sparks in the listener a stark understanding of the bravery of objection to war, as well as the agony of personal loss, contrasting with the naïve certainty of the character’s younger self. All four actors speak with great conviction and timing and paint the listener a picture of a man’s life that is vivid and real.

In conclusion, DUCT’s ‘Absolution’ is a sharp-witted portrayal of poetry and pain, armed and ready to uphold Siegfried Sassoon’s championing of what he thought was right through the passion of writing. It is poignant, unafraid and emotive, promoting the power of words and asking honestly what it meant for these young poets to write about the Great War.

‘Absolution’ is available to stream until 7:30pm on March 19th. Tickets can be purchased on the DST website.