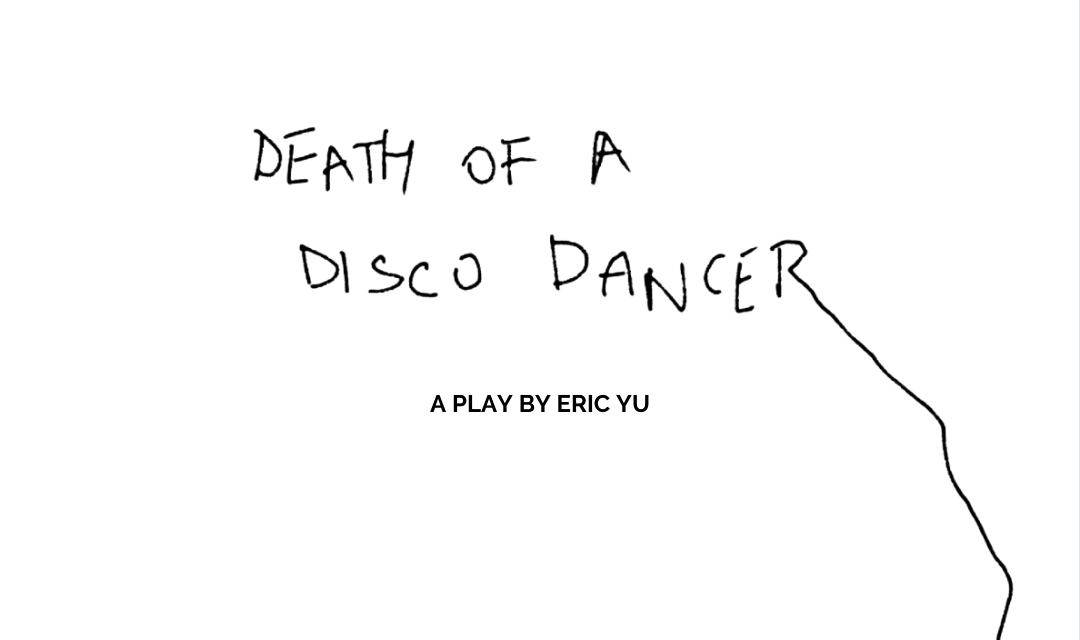 Eric Yu delves further into the themes of addiction, identity and friendship that power their DDF play, ‘Death of a Disco Dancer’.

You can tell I wrote this before lockdown, because now that I have hindsight, I really should have written something more uplifting.

Addiction is sneaky. It worms its nasty way into people’s lives and feeds on the comfort it brings. It can be many things; an escape, a relief, a crutch – overall, addiction is a parasite that can sometimes never go away. It’s also something that can manifest so quietly and so insidiously that before you’ve even realised it’s there, it’s already taken hold.

Death of a Disco Dancer is about a lot of different types of addiction. On a surface level, it’s about drugs. But it’s also about social addiction- being friends with someone who’s self-destructive but makes you feel seen, becoming popular but then only knowing how to maintain that identity by caving in on oneself. ‘The world’s seen nothing of me yet’ isn’t just an affirmation for the character of Mattie- it’s a hollow and increasingly desperate mantra that has rendered them incapable of growing up. Beside all the drugs, I wanted to show a very real and relatable part of going to university and becoming a young adult- the question of ‘What now? Where do we go from here? Who am I? Or even, who do I want to be?’

It feels pathetic to try and unpack the trope of ‘the power of friendship’. They’re vital, especially in these times, but at the end of the day, friends are not therapists. They’re not superhuman. They cannot take the brunt of all your worries, and they certainly can’t vanish them away. I tried to write the characters of Stef and Jason as rationally and realistically as possible. In my eyes, none of the characters in this play are inherently bad people. They’re all just people, who are flawed and scared and young. So incredibly young yet capable of so much destruction and compassion and potential. This is my personal answer to the aforementioned question of ,‘Who am I? Who do I want to be?’, a question that I frequently catch myself losing sleep over. The answer is you’re twenty-one for god’s sake – have a cup of tea and biscuit and keep it pushing. All you can do is be the best version of yourself and look out for the ones you love.

That’s the thing that I want people to take away from this play/short film/ whatever it may be. There are all these big questions and grandiose statements, but at the end of the day it’s just a bunch of university students trying their best to make sense of, to quote Mattie (or even myself, in a meta way), the ‘wrinkly massive ballsack that this earth is’. Am I talking about the plot, or everyone involved in production? Both. Definitely both. It’s been absolutely wild having to work on this considering- hmm, let me see- yes, the global plague currently sweeping the planet. All I can be certain of is that I am so grateful to have been given this opportunity to showcase such a personal project, and that I have been able to work on it with such an incredibly talented and patient bunch of people I call friends.

A preview of Death of a Disco Dancer premieres at 19:00 on 4th February 2021, and is available to stream on the Durham Student Theatre Youtube channel.