Writer’s Notes: Leaves on the Line 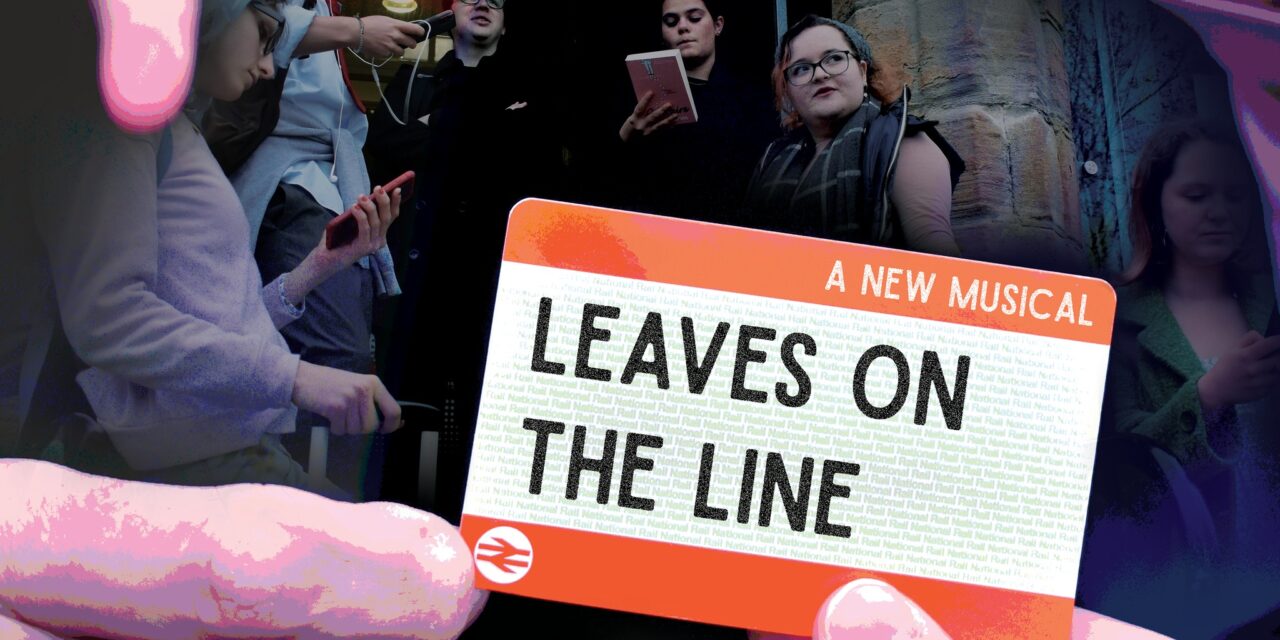 It’s almost guaranteed that any creatives presenting new work in 2022 can recount some kind of story about working on their project during pandemic restrictions. When our worlds were turned upside down in 2020, I was in my second year at Durham, and Evie and Constance hadn’t yet finished school. A few months later, we were brought together by DULOG with the aim of writing a new musical, and haven’t looked back since. While much of Leaves of the Line was written over Zoom calls and messages, the show’s subject matter couldn’t be further from the months of isolation that we have all experienced in the recent past. Rather, we wanted to write about life in all its bustling, chaotic, and at times highly irritating glory; in many ways, this show is a tribute to normality.

When Constance and Evie were initially commissioned to write a song cycle, it turned out that both had been toying with the idea of a musical set on a train for some time. There’s something about a diverse group of strangers existing in such a confined space that’s bursting with potential stories, and they began writing songs for the various characters they’d invented. When it was decided that this project – by then already called Leaves on the Line – needed dialogue to bring the music together, I was brought in to help. Together, we built on those initial characters to create an entire train journey’s worth of personalities, using people we’d known, seen, or even been ourselves: the tired commuter, the struggling creative, the hopeless romantic, the person who’s new to their job and just can’t quite get it right!

Since then, the show has been workshopped, written and rewritten, new songs added and more characters built in, to create the production we’re so pleased to present now. As we were writing and editing, the show began to make clear to us what it wanted to be, and we watched it evolve from a fairly contrived story told in real-time into something more fanciful and spirited. The result is a five-hour train journey crammed into sixty minutes, with six actors flitting between countless characters. Leaves on the Line is certainly a comedy, but it’s also a series of well-meaning observations about everyday life, which brings with it various emotional climaxes amid the laughter.

This project started as an invitation for the three of us to work on something together, and has since blossomed into a group of creatives all dedicated to making this show what we believe it can be: a truthful, funny and exciting reflection of British life, set in the context of a train carriage. We’re endlessly grateful to the production team, workshop cast and performers, all of whom have shown Leaves on the Line so much care and have made this musical into what it always wanted to be. As this show makes its next stop at Edinburgh (pun absolutely intended), we hope that audiences have as much fun watching it as we’ve had creating it.

By Imogen Usherwood (writer of Leaves on the Line)