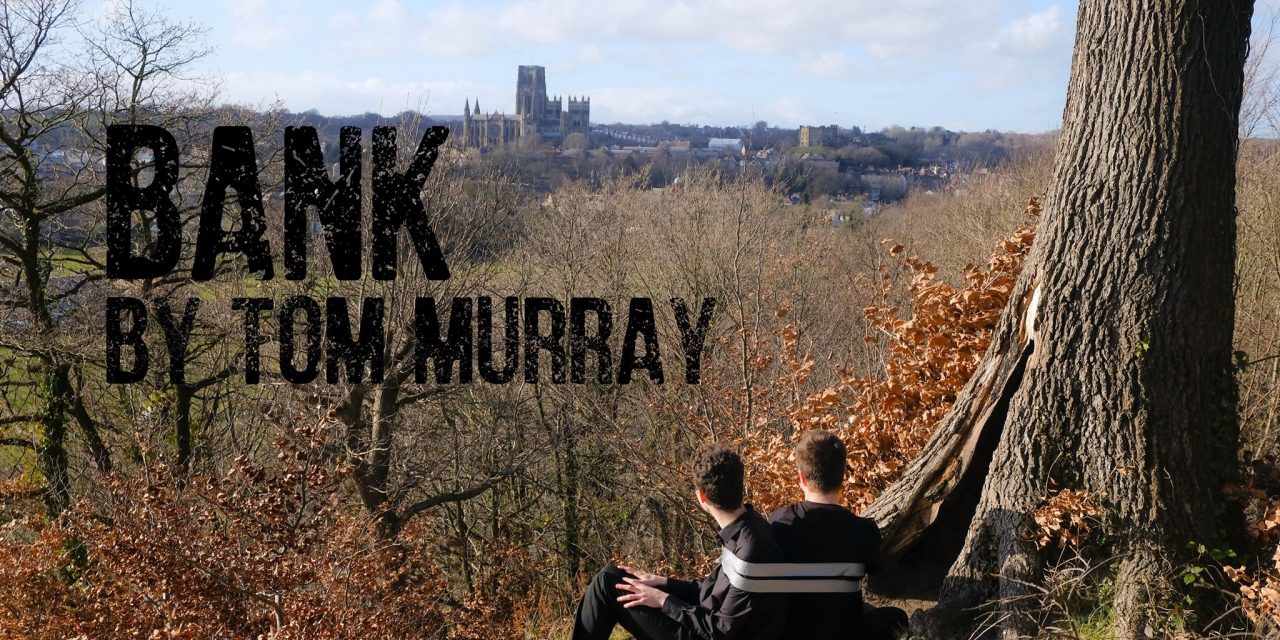 Three men sit at the top of a hill awaiting revolution. It’s 1596 in Oxfordshire and the people are starving. Bartholomew Steer, a local carpenter, is their leader. Lord Norris has hoarded their corn and stolen their land. They are to rise up against him, march to London and demand that the land be given back to the starving people. So they gather at the top of Enslow Hill and await the revolution. But no one comes.

Today, Bart Steer sleeps in a box in the foodbank.

The parallels with the present are blaring. The alms-house has transformed into the modern foodbank. Charitable acts of benevolence, giving the poor just enough to survive, feeds an endless cycle of poverty. The foodbank, along with the necessity for it, becomes increasingly normalized and legitimized. The rich stay rich, the poor stay poor. Except today, the reality is hidden under a culture of shame. The face of poverty is forced behind a mask of ignorance, as the increasingly vast number of people dependent on foodbanks are too ashamed to let it be known. Subsequently, the foodbank exists on the periphery of our vision. It lurks in the shadows of supermarket collection boxes and Christmas goodwill packages. The instruments of poverty have been perfected. Nobody complains. And the tins are out of date.

Such a narrative of futility lends itself naturally to the absurd, as the characters each await emancipation like an elusive Godot. The dialogue is often strange, surreal, unearthly, underscored by a deep-seated existential dread. The Union Debating Chamber is a perfect venue for this. It’s apt that a play about such a pressing social issue should take place in the University’s main stage for debate, especially one that is so steeped in history, privilege and tradition. The modern buzz of the electric guitar accompaniment clashes with the medieval backdrop of Palace Green as the two worlds collide. The set is bleak, apocalyptic, like a war bunker comprised of hundreds of tins and boxes. It is a planet laid waste by avarice. Each box has the words ‘family’ or ‘single’ written on them – the address of their destination. The thrust stage creates an immersive intimacy as the audience are asked to step into their world.

While I am intensely conscious of my own middle-class privilege, and have only ever experienced volunteering at a foodbank rather than dependency on one, it is not my goal to convey what it is like to rely on a foodbank or even work in one. Instead, I wish to philosophically probe into the horrors of its existence through the lens of absurdism. Maybe one day they won’t need to sit alone on Enslow Hill. Maybe one day attention might be paid.

Bank will be performed in the Durham Union Chamber on 29th February and 1st March.