Would Romeo and Juliet survive Coronavirus? 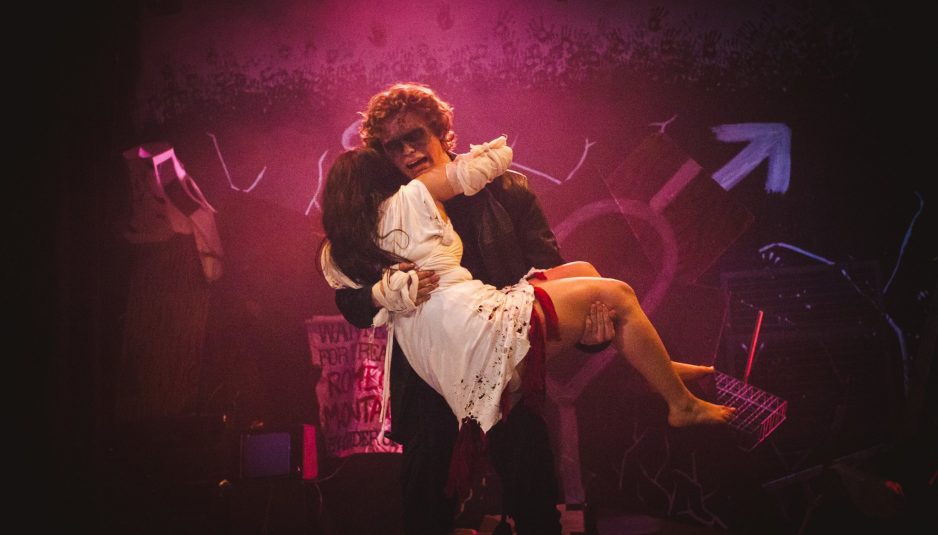 Emily McLean takes us to fair Corona to explain why the cast of Shakespeare’s tragic love story wouldn’t last long in a pandemic.

If, like me, you are a Twitter fiend, meme-monger, or Reddit goblin, you will have seen the viral statement about Shakespeare that has been circling in these uncertain times: “Just remember, when Shakespeare was quarantined because of the plague, he wrote King Lear.”

Many people have taken this to heart and vowed to dedicate themselves to creating great works of art, music, or literature. However, instead of creating anything of any value, I’m going to prove that I am the perfect candidate to run the SparkNotes Twitter account and reimagine Shakespeare’s greatest works in these modern times.

We will start, naturally, with Romeo and Juliet.

Two households, both alike in dignity,

In fair Corona, where we lay our scene.

The Capulets are pretty much done for from the start. In the very first scene they start biting their thumbs (unnecessary face-touching AND expression of saliva), then jump into a brawl. When Benvolio (a Montague) tries to stop all this touchy-feely business, Tybalt, in classic Capulet fashion, insists on YET MORE PHYSICAL CONTACT. Then, in spite of government recommendations, they throw a ball. Rookie error, Capulets; this mass gathering cements their downfall.

Ro and Jules themselves aren’t much better. As it was a masked ball they might have been okay, but no, they start all this ‘palm to palm’ business – and I’d put money on Romeo not washing his hands after a trip to the privy. To top it all off, they kiss. ‘Thus from my lips, by yours, my sin is purged’ – not likely, mate, if anything her Capulet kiss has just sealed your fate.

Credit where credit’s due, Juliet takes to her tower in what we can only assume is an attempt at social distancing; Romeo comes to her window, but a distance of at least six feet is maintained at all times, so all is not lost. However, he still can’t grasp the magnitude of the situation: never mind being ‘a glove upon her hand’, dude, consider surgical gloves for your own filthy mitts.

Frankly, I’m not convinced that the Nurse has all the proper qualifications befitting her title. By acting as a go-between when she’s possibly been exposed to a whole household of disease, the Nurse is a Shakespearean Typhoid Mary. She may well be safe, but her charge, Juliet, is considered high-risk, being immuno-compromised by lovesickness.

Often considered to be a voice of reason in the play, the Prince, too, certainly has a part to play in spreading the virus; instead of killing Romeo and keeping ‘fair Verona’ in quarantine, he banishes him to Mantua, taking the contagion further afield. Remember, kids, just because a politician is spouting health advice doesn’t mean it’s good advice.

So, while Verona seems well and truly done for, the Mantuans are fortunately a lot smarter. In bad news for Romeo but good news for the 50,000-odd residents of Mantua, Friar Laurence’s letter (explaining that Juliet isn’t actually dead, she’s just following in the footsteps of women all over the globe and faking it) is blocked, because the messenger is suspected of coming from a house ‘where the infectious pestilence did reign’. I really hope Verona is taking notes; this is how you deal with a pandemic, Prince.

Speaking of Juliet faking her death, she’s currently chilling in a crypt with a load of corpses. We can’t be sure that you can catch the virus off a dead body, but it’s not on my list of self-isolation dream houses.

You’ll be pleased to know that we’re coming to the end of this lunacy. If we ignore the bit where Paris, Balthasar, a page, and Romeo also rock up to the crypt to rub up against the dead, and all the various stabbings, we arrive at the most evocative scene of the play. Romeo, believing his love dead, drinks some poison that he acquired from the surprisingly hygienic Mantua, and dies. Original corpse bride Juliet wakes from her death-like sleep and decides that she can’t live without Romeo. After one last, lingering kiss on his dead body (ew) she stabs herself. This is all very sad but, considering how fast and loose they’ve played it with hygiene throughout the play, it’s probably a good thing that they’ve stopped running around infecting everyone.

In conclusion, no one really survives this play anyway, being a tragedy, but I can only imagine that both the Capulets and the Montagues died shortly after erecting the unnecessarily large golden statues of their children. Friar Laurence was probably the first to go, followed by the Nurse, with the rest of the families falling like dominoes.

The moral of the story is, I don’t care how much you fancy them, it’s not worth risking an entire city. If it’s real love, it’ll endure.