Interview: ‘They Met On Good Friday’ 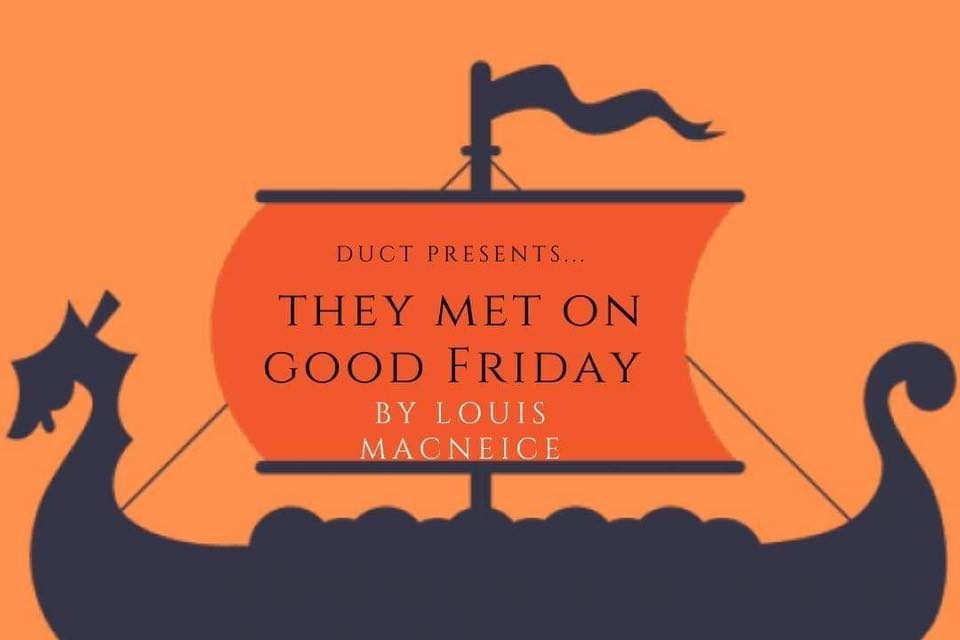 What was it about ‘They Met on Good Friday’ that made you want to get involved in the production?

I’ve always loved these stories about epic battles and the lives of the people who make them happen. ‘They Met on Good Friday’ covers that. It’s like a mix of Game of Thrones and Macbeth, and so I really couldn’t resist. Additionally, I do adore history but had never come across The Battle of Clontarf before, and learning about it for Good Friday was a lot of fun and very informative.

Why should people give ‘They Met on Good Friday’ a listen?

I think there’s something for everyone in it: politics, romance, drama, a dash of fantasy. There are so many characters that my cast have done a fantastic job of portraying, and with whom people can connect and sympathise. There is no straightforward good guy or bad guy either; everything is beautifully balanced. Moreover, I think it is just the sort of thing people can get lost in for an hour or so, which given everything that is going on is no bad thing – we all need some adventure!

How is the story relevant to the modern day, if so?

I think it is already very well established that stories like this one are timeless: they can be applied in any setting, in any time, with any number of characters. Nevertheless, I think we could still stand to learn a lesson or two about the consequences of over-ambition!

You have had significant experience directing in DST before, from the 2019 Fresher’s play Enron to Rocket’s Dear Brutus. How has directing an audio drama compared?

​I think the main thing is adjusting to the fact that you are now only concerned with an actor’s voice, rather than considering their entire physicality. Once you do make that adjustment, however, it’s not too different to running rehearsals for an in-person show! Navigating Zoom was another potential pitfall, but we all just about managed. It’s been such a quick turnaround as well. In some ways, this is appropriate as you don’t have to worry about locations, costumes or props, but in another, it does mean it is a slightly different atmosphere to plays I did last year. I think we all wish we could meet up in person; being able to get to know my cast and crew in person would have been wonderful! However, valuing safety first, we have made the most of it with remote cast socials and plans for a zoom afterparty.

What advice would you give for aspiring directors of radio plays?

I think my main piece of advice would be to treat the production as a traditional performance as much as possible: that way, you will keep on top of publicity and rehearsals and get a chance to bond with everyone. Additionally, it is a good idea to work very closely with your sound editor as they are essentially another form of director and will have some brilliant ideas about pulling everything together!

Coronavirus and the necessary lockdown measures have had a devastating effect upon traditional theatre, with physical theatre in DST cancelled for the majority of this term. Has it affected this production and, if so, how?

Not particularly, as the production was always planned to be a radio play. In that regard, I think things have progressed as we expected them to. It’s hard because we all know and love traditional theatre so much, but this has been a fantastic opportunity to learn more about alternate forms of theatre. I think the lessons people have learned about using tech and creating things remotely will strengthen DST in the long run, and give rise to wonderful new avenues of creativity.

The sheer complication of the editing process, simply shown by the screen of Sound Editor Ryan King.

Over the summer, radio plays were streamed for free over podcast-focused platforms. ‘They Met on Good Friday’ is instead available to stream with a ticket on the DST website. Why was this decision made?

I think the main reason we decided to ticket the event was so that we could raise money for Age UK by donating a percentage of our profits. 2020 has been such a challenging year for all of us, but while Christmas might be a bit of a respite for some, things could be especially difficult for some of the elderly population of Durham living alone. Supporting the local community has never been more important. As such, please do buy a ticket for ‘They Met on Good Friday’, as you’ll be supporting both DST and the Durham community!

Can you describe ‘They Met on Good Friday’ in three words?

Tickets are now available for ‘They Met on Good Friday’ on the DST website. It will be available for listening from 11th to 13th December. More details can be found on Durham University Classical Theatre (DUCT) social media.