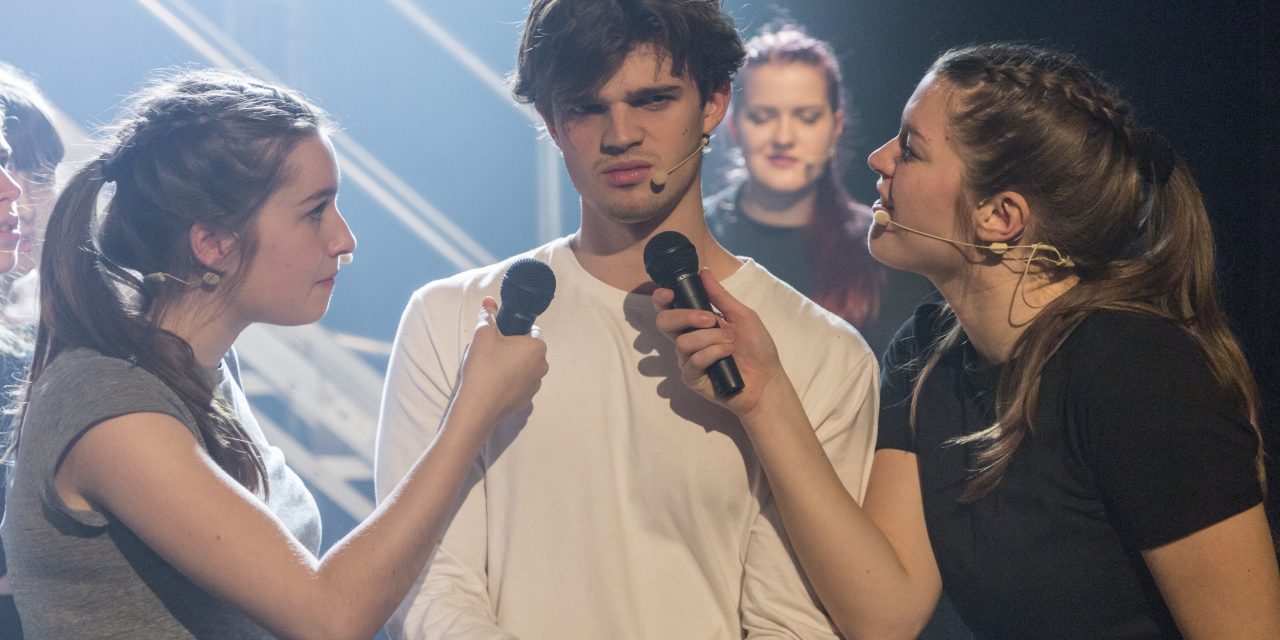 Jacob Freda takes us through his favourite theatre podcasts, to give you plenty of listening material for the lockdown period.

The world is ending, the country is doomed, and, worst of all, all the theatres are closed.

Luckily for you, I have rounded up seven of my favourite stagey podcasts, so you can get your theatrical fix without even having to exert your eyes. Enjoy!

Join Broadway veteran Rory O’Malley for some unbridled positivity as he interviews some of America’s biggest musical stars. Previous guests have included Josh Gad (his college roommate!), and Leslie Odom Jr, making it a must-listen for fans of Hamilton or Book of Mormon.

Another podcast featuring Rory O’Malley, this time with an assortment of creatives ranging from the super-famous to the relatively obscure. Recent episodes have featured actor Alan Tudyk, as well as South Park co-creator Trey Parker. Episodes tend to be reasonably short too, making them good if you’ve got a spare half hour.

This one’s a little meatier, but well worth the investment. It’s not afraid to delve deep into the lives of its guests, warts and all, and doesn’t shy away from more serious topics like bereavement and mental illness. In spite of this, it still manages to be uplifting, and recent episodes have included stars like Jodie Comer and Mark Strong.

Technically cheating with this one, but although this podcast focuses mainly on comedy, it manages to get a few multi-talented folk in there, like a recent episode featuring Andy Nyman. Also just a cracking show.

Not my usual go-to, but recently they’ve started a series called “Seven Stages”, where they interview creatives about the seven plays that have shaped their careers. The first episode stars Ian Mckellen, which is well worth a listen by itself.

This one’s my favourite: the ever-chirpy Andrew Keates interviews members of the English theatre scene, from actors to agents to reviewers, as he follows them through their careers and lives with some fun segments and games along the way. Uploads are quite rare, but there’s a decent backlog that is remarkably binge-worthy and well worth a look.

So here you have it, seven ways to keep out the silence, and maybe learn a thing or two along the way.