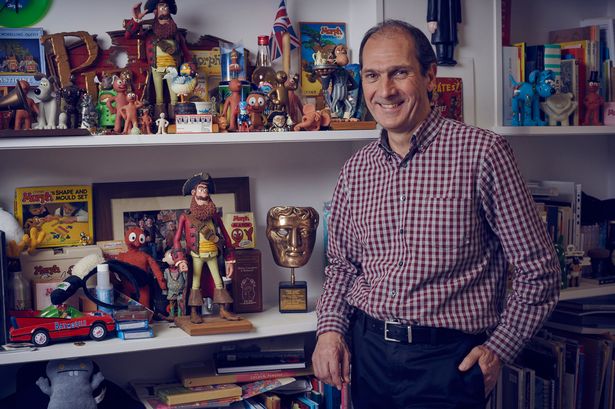 Theatre has a reputation for promoting difference, for seeking to lift ‘radical voices for radical times’, as the DDF theme for this year states. However, the industry reflects the same entrenched socio-economic inequality that pervades many others and the country as a whole. The Panic! report from 2018, for example, found that only 18.2% of the cultural workforce in music, performing or visual arts were from working-class origins, compared with 35% of the workforce overall.

It is such inequality of opportunity that the new Sproxton Stagecraft Scholarship seeks to address. The scholarship is intended for a prospective student who has exceptional potential in theatre’s technical aspects, but lacks the necessary funds to make their creative vision a reality. It offers up to £16,000 over four years to help with living costs, and one should have a household income below £42,875 to qualify.

The scholarship is funded by David Sproxton, co-founder of Aardman Animations, the Academy Award-winning studio behind Wallace and Gromit and Shaun the Sheep. Mr Sproxton was a student at Durham University and holds a passion for supporting the next generation to develop skills outside their academic discipline.

Mr Sproxton said: “It doesn’t take much to give someone an opportunity to help develop a skill that might otherwise lie dormant. I was of a generation of students which didn’t need to worry about funding their way through university, we were given grants. It’s all very different now, so supporting a student allows them to more easily pursue an interest outside their academic studies without financial worries. You never know where that interest might lead them, but it’s certainly worth giving them support and encouragement to start on what could be a very exciting journey.”

Given Mr Sproxton’s background in animation, the technical focus, including fields such as lighting, sound, projection, stage management, set and costume design and video production, is no surprise – and entirely welcome. Tech is one of the most scarcely provided fields of student theatre, with experienced technicians often in demand to field productions week-after-week.

DST Technical Manager, Anna Bodrenkova, commented: “I’m so happy that the scholarship will make getting into tech accessible for more people, and will give successful applicants the freedom to focus on what really interests them within DST Tech. The community has always been eager to teach new members, so I think it’s important that the new scholarship will value enthusiasm over experience.”

Indeed, the scholarship application invites applicants to share their passion, creative vision and experience of problem-solving and team-work, rather than detail their existing theatrical expertise or expertise. Such openness is crucial to creating a greater level-playing field for those who may not have had the opportunity to learn tech before university or experience academic drama, but hold a creative potential and enthusiasm to learn.

Indeed, much of this inequality of opportunity starts at such a young age, since engaging with theatre at school or extracurricularly can sometimes seem like an uphill battle, impenetrable dream or simply something of which you are not aware. Before even signing up to GCSE or A-level drama, students have to combat the anti-arts scaremongering of teachers, parents, and the government. The self-confidence, enjoyment and creativity that studying theatre fosters is neglected in favour of the doubtful mantra that universities or employers do not look kindly upon such an ‘unacademic’ subject, as challenging as most graduates would inform you it was. It takes confidence in the surety of your future, helped by financial reserves and classist advantages to university or employment, to gamble on this uncertain choice.

At my school, I was put off by collective worry that the drama department would be shut down. With the tightness of its budget already necessitating emails to parents asking for donations, it is unsurprising that the school would need to prioritise funding staff salaries and the employment cornucopia of STEM over the dramatic passions of its students.

We were lucky. The drama programme limps onwards. Besides, at this state grammar, many parents could afford the out-of-school drama clubs and theatre tickets that made student-led extracurricular theatre within school lunchtimes an exciting reality, and the annual school production largely self-funded.  Many are not so lucky. Many schools lack any academic or extracurricular drama. Moreover, there is the quieter reality of the smaller, bigger things: not being able to afford costumes; having to return home instantly after school to look after siblings; or growing up in a society which fails to inform you that you are good enough to even think about approaching the stage.

Within student theatre at university, the financial barriers to success are vast yet under-remarked. Theatre is an infamously time-consuming extracurricular. Productions take up weeks of weekends and evenings, when many students are free from lectures but, mutually, the hospitality jobs that keep many students afloat require shifts. Which are you going to choose: rent or rehearsal? Meanwhile, floods of Palatinate articles, Durfess posts and student-led reports have recently detailed the abuse many Northern and working-class students face at university. When people are already ridiculing your accent, it must be tough to showcase yourself on stage, your natural voice perhaps deemed a character choice while the Southern equivalent is somehow ‘neutral’. Thinking now about the difficulty of producing without easy access to a computer and WIFI is alarming, yet the pandemic’s effects upon library access mean it is even more of an unavoidable reality for some students.

In the midst of much darkness, it is wonderful to see such a heart-warming and genuinely impactful example of cross-generational generosity. This scholarship will be life-changing for its recipient, providing themselves the opportunity to experiment creatively as never before and their family to watch them in pride with reduced financial strain in the back of their minds. The A-level results scandal of last year particularly highlighted the depth and lack of political awareness of barriers against lower-income students attending University at all, and made clear why schemes such as these – among many others – are crucial for a fairer and more educated collective future. Perhaps the recipient of this scholarship will become the creator of the next Shaun the Sheep, but it is enough that they will be able to enjoy and grow without the starting blow of financial strain, as they should.

Existing students at Durham are encouraged to pass on details of the scheme to their former schools. The deadline for applications is Sunday 28 February. For more details, including about how to apply, visit www.dur.ac.uk/study/ug/finance/uk/scholarships/stagecraft/