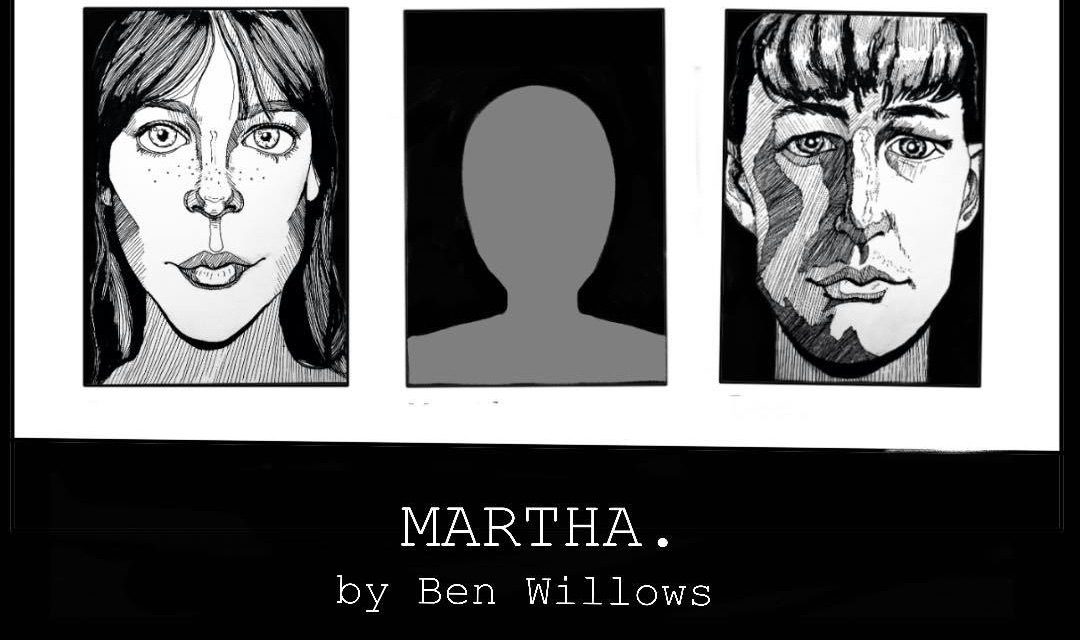 Ben Willows discusses the inspiration and writing process behind his upcoming Zoom play, ‘MARTHA.’, with First Theatre Company (1TC), diving into the productive value and frustrated creativity of lockdown.

Making theatre in the time of COVID is an odd experience to which I am still not entirely accustomed. Plays that I had written, planned, or cast in were cancelled and postponed. The Assembly Rooms was open for only one live play in October, and DDF was entirely online. But, despite this, creativity still flourished. Friends of mine who had barely written before started whole novels in lockdown, and DST is full of examples of genuinely brilliant shows that have thrived despite restrictions.

When writing ‘MARTHA.’, I was expressing my own frustrated creativity, inspired by those around me. I had written a play for First Theatre Company (1TC) previously, but it could never be adapted for Zoom or radio. I then set out to write a piece of drama especially for Zoom, trying to utilise this format instead of manoeuvring around it. The play’s writing process ended up being relatively brief, fueled by feelings of spite against restrictions and the fear (or hope?) that Zoom plays would soon be outdated. Despite this quick turnaround, the play became very personal, inspired by my past and present experiences.

After two terms of Zoom lessons and meetings, we’re all sick of it. But my overall experience of it, especially in the first lockdown, was a good one. I won pub quizzes and played Among Us with people I hadn’t seen in months, years, or more –  people from school, or those I’d met briefly while in another country. It was a testament to that incredibly human urge for company, for contact, that urge which ended up becoming so longed for in lockdown.

It’s that urge which propels the characters in ‘MARTHA.’ As Lee remarks in the play, the main thing lockdown ended up being good for is nostalgia, whether for the pubs or a time before university. I ended up thinking a lot about past achievements, past mistakes, past friends. At first, I wasn’t great at opening up about these thoughts, whether with friends or family. Ultimately, this play is a testament to talking those things through, despite the difficulties and arguments that might come with it.

1TC is a theatre company dedicated to giving first-time directors and producers a route into DST. After seeing Honor, Ben, and Lamesha at work, I could not be happier for ‘MARTHA.’ to be their debut as directors/producer. Their professionalism and enthusiasm are unequalled. Everyone who auditioned was incredibly strong, but I am so proud of our cast of Izzy and Harrison, who both own a pitch-perfect naturalism and characterisation. I also want to give thanks to Louis Holding for the permission to use his songs, Emily Oliver for her art and general energy, and the rest of the 1TC exec.

In such a difficult period for all Arts, but especially theatre, it’s inspiring to see DST be one of the only university theatre scenes continuing to produce quality plays and see people continuing to support them. I am incredibly grateful for anyone and everyone who watches ‘MARTHA.’ and helps support 1TC.