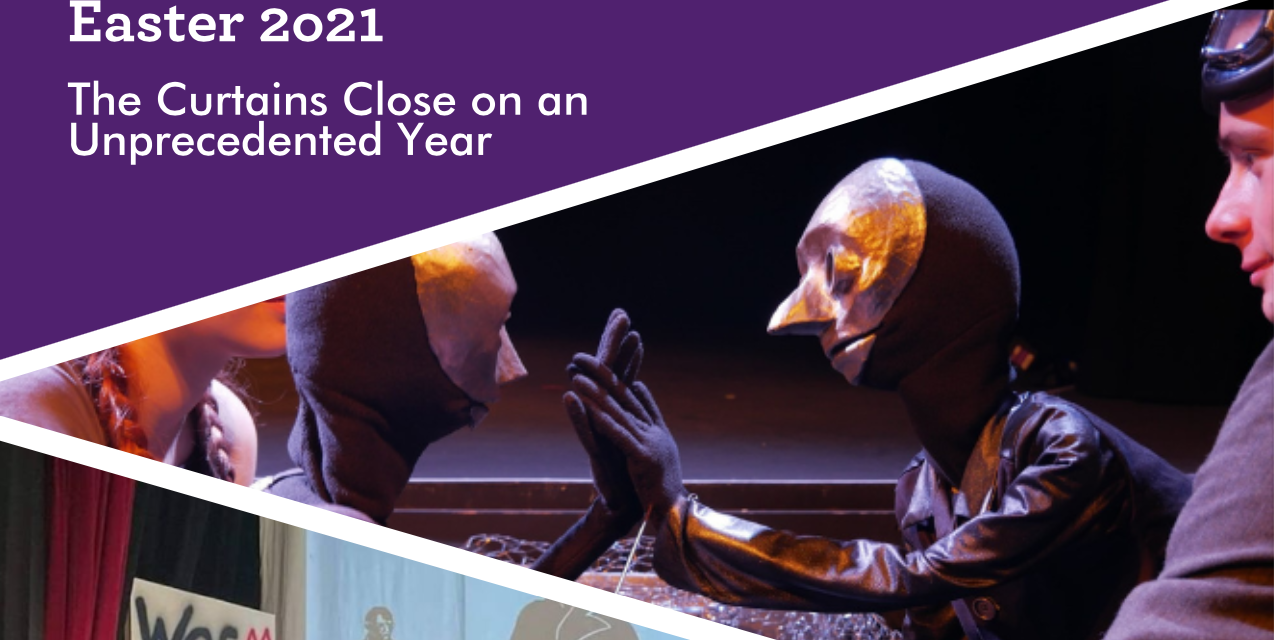 Thirty-six is an ordinary number: the number inches in a yard, gallons in a standard UK beer barrel, the atomic number of krypton. It is also, incredibly, the number of shows nominated for the D’Oscars 2021, the awards ceremony celebrating the achievements of everything Durham Student Theatre. We have had three waves of the virus, over a year of COVID-19 restrictions, millions of deaths, tens of DST shows cancelled, and billions of lives transformed – yet, despite all of this, thirty-six DST productions have been conceptualised, cast, scheduled, rehearsed, performed, edited, publicised, watched and reviewed. For me, once again, this illustrates the sheer determination, innovation and resilience of the theatrical community at Durham.

As we travel into the next year, we all hope for a closer and freer existence, including the return to the anticipatory buzz of a live, physically existent theatre. However, we do so having multiplied the possibilities for theatre-making. Audio drama, videography, editing, live-streaming, and entirely online theatre are all new fields that have exploded with talent, even from a point of necessity. In the upcoming year, Durham Student Theatre will be returning even bigger and better, with a fantastic new First Night editor, Alexandra Hart, at the helm. I am so excited for what comes next. 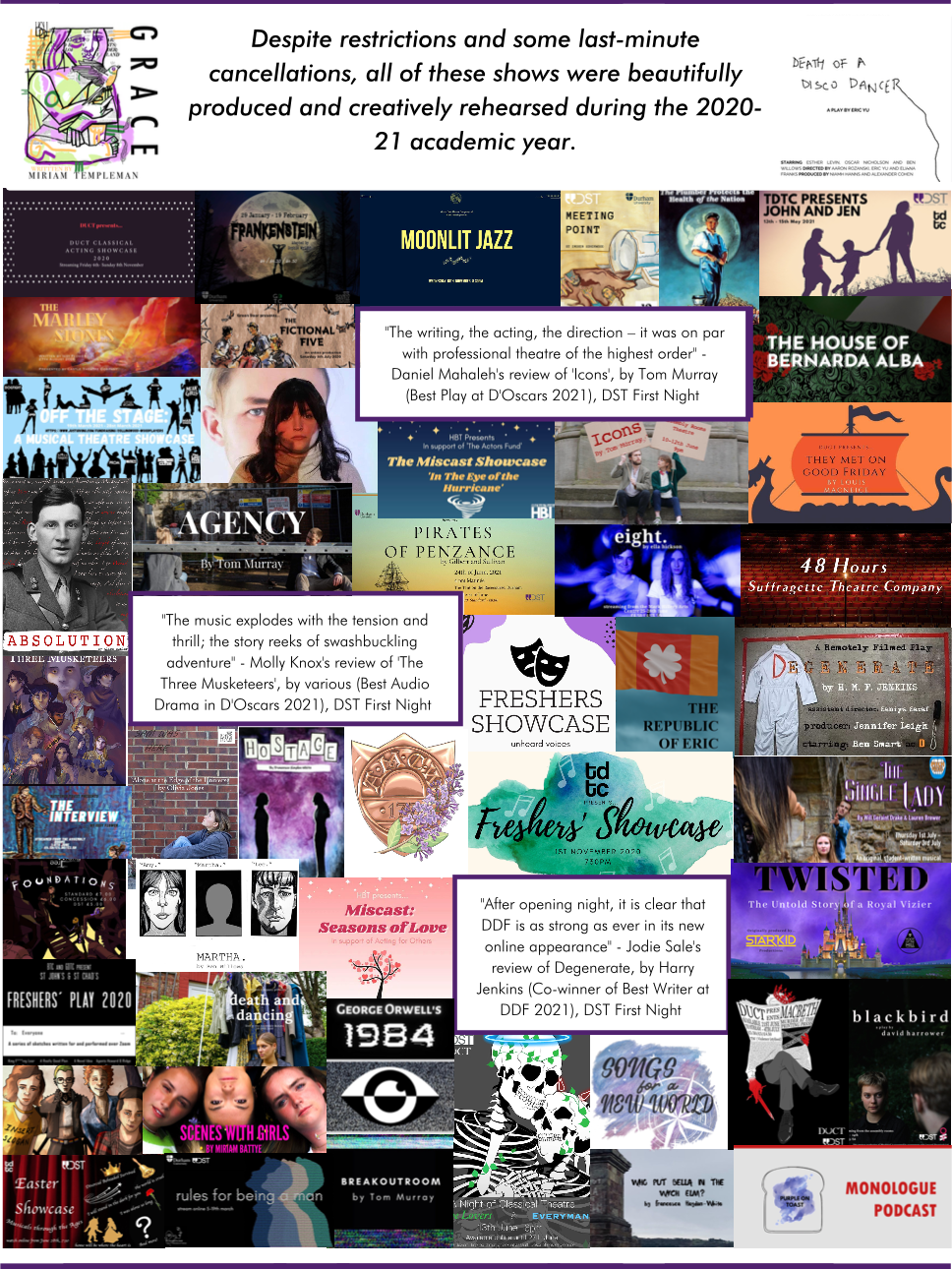