Honor Halford-Macleod was a team member of this year’s Zambia Drama Outreach Project. Spending the summer in Livingstone and Lusaka, she explains what the experience was like. 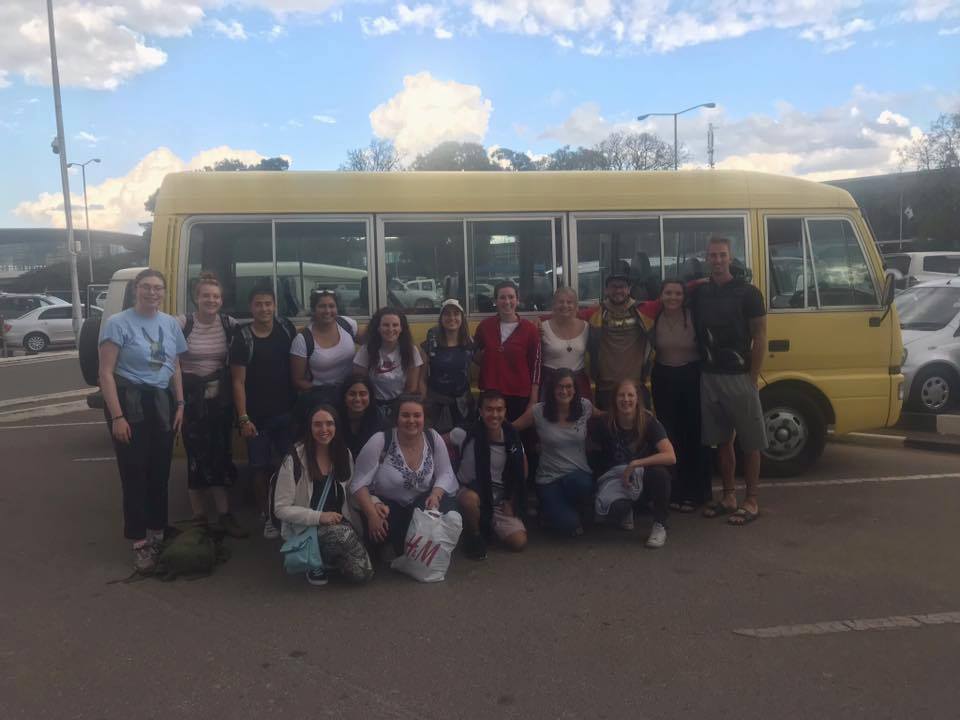 For five weeks in July and August, five Durham students including myself had the privilege to go to Zambia on the Drama Outreach programme.  We spent three weeks in the southern province of Livingstone, and the last two weeks we spent in the capital city of Lusaka.

In Livingstone we spent each day attending our various placements.  We would start the day with two hours at Kwathu Homes Orphanage, a school and orphanage for children placed into care by social services.  We all split off and taught classes by ourselves, gaining experience working with children from the age of four to 14.  We used break time to play games with the children, building on their dramatic and confidence skills, encouraging vocal projection and characterisation. These games also allowed us to encorporate musical skill development into our sessions with the children, as we would often sing songs and call-and-response chants.  During lesson time we taught a huge variety of subjects, including music, crafts, and also curriculum lessons such as home economics.  We built connections with the children very quickly at Kwathu home, and we were very sad to leave them when we moved up to Lusaka.

Our second placement of the day was at David Livingstone High School, working with children of a secondary school age range.  For the first week with the high school, we spent our sessions playing drama games with them.  Initially we started with simple games but towards the end of the week we explored improvisation games to prepare for the production we would devise the week after.  I led a production of Romeo and Juliet in the second week, with a text I had abridged for the school. The students were fantastic actors and it was a pleasure to analyse the text and build characters with them.  It was clear that they really enjoyed the experience, and we hope that the games and techniques we explored with them will feature frequently in their drama club despite us not being there.

In addition to our theatre placements we also participated in the rich musical and choral culture which is present in Zambia.  In week one, we spent our early evenings at the Reformed Church of Zambia, singing with them as part of the choir.  We were so lucky to spend time with them, and they taught us traditional Zambian worship songs. They also asked us to teach them a song which we had prepared for them.  It was fantastic to hear their interpretation of our song, and truly an exhilarating experience to be involved in the choir.

In the second week we then spent our evenings with the Sunday school of the Divine Fire Cathedral Church.  We used this time to teach them music to perform in the Sunday morning church service.  We chose ‘Sing’ by Gary Barlow, which may seem like an unlikely choice but the children absolutely loved it and it worked very well in a church setting.  We had such an interesting experience visiting Zambian churches, as it was so different and the whole choir and congregation were so welcoming.

In addition to these placements in Livingstone we visited the Old People’s Home and performed to them, we also explored the famous sights of the area such as the iconic Victoria Falls, Chobe River Safari in Botswana, and we visited the house of our peer leader to enjoy a traditional Zambian meal.

Whilst in Lusaka, we mostly spent time doing a drama placement in the orphanage and school called ‘Fountain of Hope’.  We chose to devise a play loosely based around the story, ‘The Pied Piper of Hamelin’.  We explored new physical theatre and movement techniques that the children had never used before, and our final performance gained a huge audience which was very exciting for the young performers.

Another placement in Lusaka was Barefeet Theatre Company, where the performers used theatre as a medium to explore issues they faced in society.  This was very inspiring to watch as we saw young people confront issues which they may not have done without theatre.

We also had two church placements whilst in Lusaka. One was Mtenderi village church where we sang on a Sunday and also volunteered in the school attached to the church.  Another was singing in the Sunday morning service at Lusaka Cathedral which was fantastic to sing in a Zambian cathedral choir.

A highlight of the trip was also singing with a Zambian music group called Golden City. They were amazingly talented, and they spent a few evenings teaching us the harmonies so that we could join in their rehearsals.

Aside from doing placements in Zambia we also had an amazing time hanging out with the other Wallace Group volunteers who are from different universities.  As we were all living in the same house, we became really close as a group and it was lovely to meet other people with similar goals and passions.

It was a brilliant experience to spend such a long time in Zambia, and I know we will all cherish the impact it made on us.  We hope that we were able to make an impact there with our music and drama, and so will the future groups who do the trip.