To this day, I still feel incredibly fortunate to have performed in the cast of Ordinary Days that Durham University Light Opera Group (DULOG) performed back in March of last year. Ordinary Days is a musical that tells the story of four young New Yorkers, as their lives intersect in their search for fulfillment, happiness, love and cabs.

It is by far and away the most fun I have ever had on stage. To find out our production had been selected to perform at the National Student Drama Festival 2017 (NSDF) one of only 15 shows to be chosen, and the only musical to be selected – was unbelievable, in every sense of the word. It is even more of a coup as this is the second year  in a row that DULOG have taken a show to the NSDF. I honestly cannot put into words how exciting it was to know that I would have another chance to experience the truly wonderful journey that the four very ordinary characters in the show follow.

The annual festival is being held in Hull, as part of the City of Culture 2017 celebrations and will feature 15 selected shows from student theatre companies across the country. The fact that 3 of those shows are being produced and performed by Durham students is testament to the quality of those productions and the talents of our students. 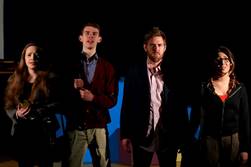 Before the end of term, the whole cast, with the fabulous addition of Luke Blacklock, returned to have a sing through of the material to remind ourselves of the show we had all grown to love so much. It was truly remarkable to see how I and the two other original cast members, Isabelle Horler and Meriel Killeen, remembered almost every word and every note of all the songs as though we had done the show yesterday!

A few days ago, we all returned to Durham from our Easter holidays to re-block the whole show: very different from the humble setting of the Music Department Concert Room. We will be performing in the festival’s largest venue, Hull University’s Middleton Hall, which has a capacity of 450 seats and whose stage space is approximately 4 times the size of the Concert Room! We had a full run of the show the day before travelling to Hull, and we honestly felt like we were performing it for the first time. The material felt fresh, and just as invigorating, heart-warming and enjoyable to perform as it did 14 months ago when we met the show for the first time. I sincerely hope that the audiences we will have on April 12 & 13 in Hull, will feel as strongly about the merits of this show as I and the rest of the cast/crew do. Whatever the outcome, I am just happy to have the opportunity to perform this gem of a show!

The society has been around for over 50 years, originally producing only light opera (hence the name), but now putting on a range of musicals of various styles. In recent years we have put on several cabarets, provided music at high profile university events and performed sets for many senior figures within the University, including former Chancellor Bill Bryson and current Chancellor Sir Thomas Allen. 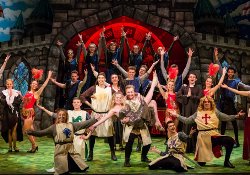 DULOG provides an opportunity for students to become involved in all aspects of musical theatre from acting, singing and dancing through to production, stage direction, musical direction and choreography. We stage five shows a year (including one at the Edinburgh Festival Fringe) and strive to make each year a diverse programme offering something for everyone. We have traditionally put on one Gilbert and Sullivan operetta every year, and in January or February comes the highlight of the DULOG calendar, our annual performance at the 500-seat Gala Theatre.

Our society’s passionate, colourful and professional productions bring to life the real value of performing arts within both the student and local community. Anyone who has seen a DULOG show will be able to testify to the professionalism seen and heard on stage. Visit the website to find out more about DULOG 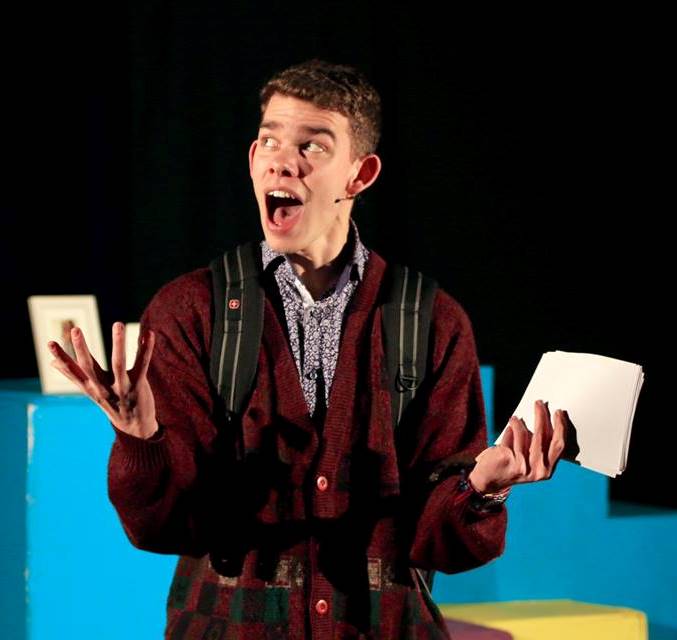