Musical theatre soundtracks to listen to in lockdown 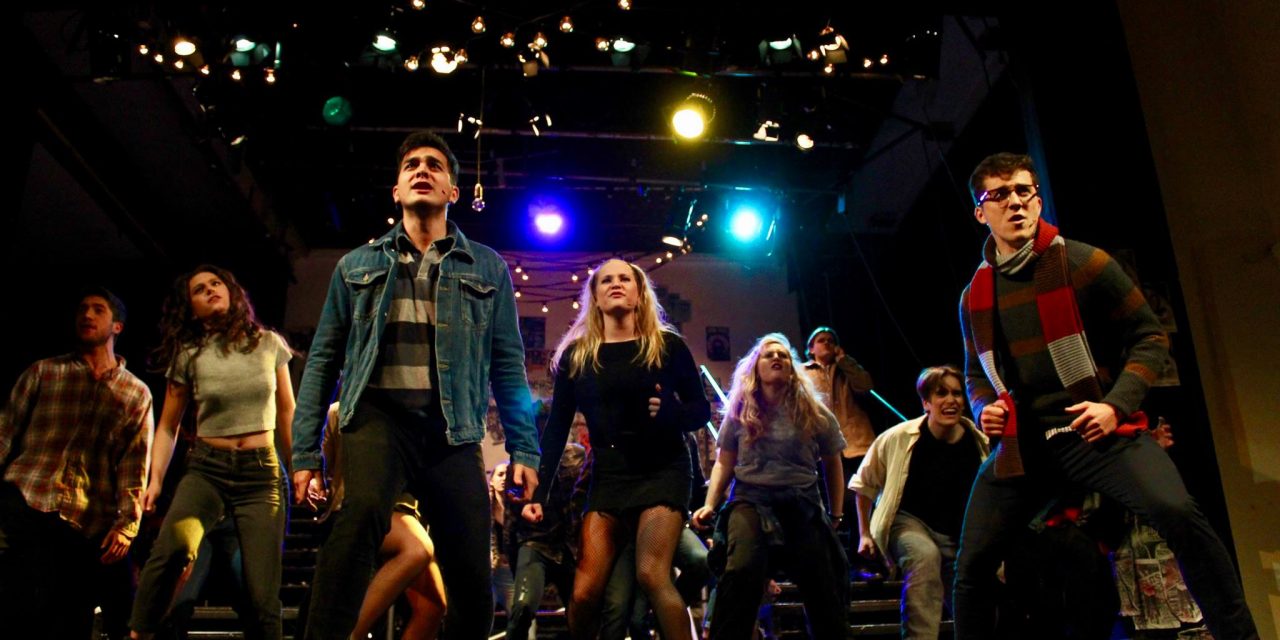 Jennifer Leigh lists some of her favourite under-appreciated musical soundtracks.

We all know the soundtracks to Les Mis and Phantom back-to-front and upside-down, but what about the array of other, lesser-streamed albums out there? With such brilliant musicals like Six, Waitress, Hamilton and Dear Evan Hansen’coming out every year, it’s easy to forget about the lesser-known musicals from the past few decades.

I’ve managed to draw a list of eight less mainstream musical theatre soundtracks I’ve found from numerous hours on Spotify – some you probably have heard of before, a couple maybe not, but regardless I hope there’s something here to keep the magic of musical theatre alive in your bedroom.

This musical is an adaptation of the well-known children’s book, which places more of an emphasis on the relationships of the adults (Lily and Archibald), although Daisy Eagan still gets some beautiful solos as Mary Lennox (if you’re a fan of Annie, songs like ‘The Girl I Mean to Be’ are definitely worth checking out). While filled with multiple strong group numbers and solos (‘I Heard Someone Crying’ and ‘Winter’s on the Wing’ come to mind), the clear highlight of the musical is ‘Lily’s Eyes’- those male harmonies are stunning and definitely one of the best male duet songs out there.

Despite being one of Sondheim’s lesser-known scores, there are still a number of brilliant songs, most notably ‘Send in the Clowns’, made famous by stars like Dame Judi Dench, Barbra Streisand and even Frank Sinatra. The musical resolves around a complicated weave of romances and features multiple catchy numbers – my personal favourite is the comedic finale of Act 1, ‘A Weekend in the Country’, where every character’s own selfish intentions become clear as they persuade each other to journey to Madam Armfeldt’s estate.

Although there are multiple albums of this musical, this particular production of Chess features a truly star-studded cast: Idina Menzel, Josh Groban, Raul Esparza to name a few. Chess is another massively underrated musical with a fabulous score by Benny Andersson and Bjorn Ulvaeus of ABBA (lyrics by Ulvaeus and Tim Rice)– there are huge choir numbers, powerful ballads from all the main cast and the orchestra in this production are astounding. For those who don’t know the musical (I feel sorry for you), the premise of the musical is the relationship between the Soviets and the Americans in the Cold War during an international chess tournament (of course, with a couple love triangles to complicate things). A few highlights for me include ‘You and I’, ‘Quartet’ and of course ‘Anthem’.

Starring Sutton Foster as Jo, this musical about the four March sisters is well worth a listen to for any fans of the book or the recent movie. This soundtrack makes you smile, laugh and will most likely make you cry. For those looking for a new song to belt in the car on those daily excursions out the house, ‘Astonishing’ is a must, while ‘Some Things Are Meant To Be’ is certainly one of my favourite female duets for those looking for some beautiful female harmonies. With such a beautiful score, the Little Women soundtrack is certainly one to brighten your day.

One of the most underrated scores I’ve listened to – a charming story about an orphan and her mysterious benefactor whom she lovingly dubs “Daddy Long Legs”, the story is told through sung letters between the two characters. Paul Gordon’s music is simply beautiful – every number feels as powerful as a climatic “I want” song. It’s near impossible to pick a favourite song in this musical, mine changes practically every day, but ‘Charity’ and ‘The Color of Your Eyes’ are definitely up there. Along with ‘Falsettos’, ‘She Loves Me’, ‘An American in Paris’ and multiple other well-known musicals, Daddy Long Legs is currently available to stream on Broadway HD with a 7 day free trial.

The Bridges of Madison County

I only recently came across this Jason Robert Brown musical, while watching the 2019 Jimmy Awards, which featured The Bridges of Madison Country heavily, but now I really can’t get enough of this score (and Kelli O’Hara!). Despite only being six years old, the musical has a wonderful ageless quality about it- from country-style anthems like ‘It All Fades Away’ to the heartfelt ‘What Do You Call A Man Like That?’, there is so much to unpick in this score. If you’re looking for a new audition track, this musical definitely leaves you spoilt for choice!

The Hunchback of Notre Dame

We all know the movie, but some would argue Disney’s musical soundtrack easily one-ups the original! Hunchback is so powerful as a musical (the original off-Broadway production had a full choir alongside the principle cast and ensemble), with some of the best songs being additionally written for the musical. If you want a climatic Act 1 finale, ‘Esmeralda’ truly gives me chills every time. The musical also offers a lot of storytelling through its numbers, so this soundtrack is a great listen regardless of whether or not you know the movie.

Fun fact: ‘Someday’ was originally written as Esmeralda’s solo in the movie, however this was scrapped in favour of ‘God Help The Outcasts’ as it didn’t quite fit the tone of the scene. Along with ‘In A Place Of Miracles’, it was later revised to be included in the stage musical adaptation.

Hopefully some of these might help get you through isolation!