Lord of the Flies: Cast Announcement 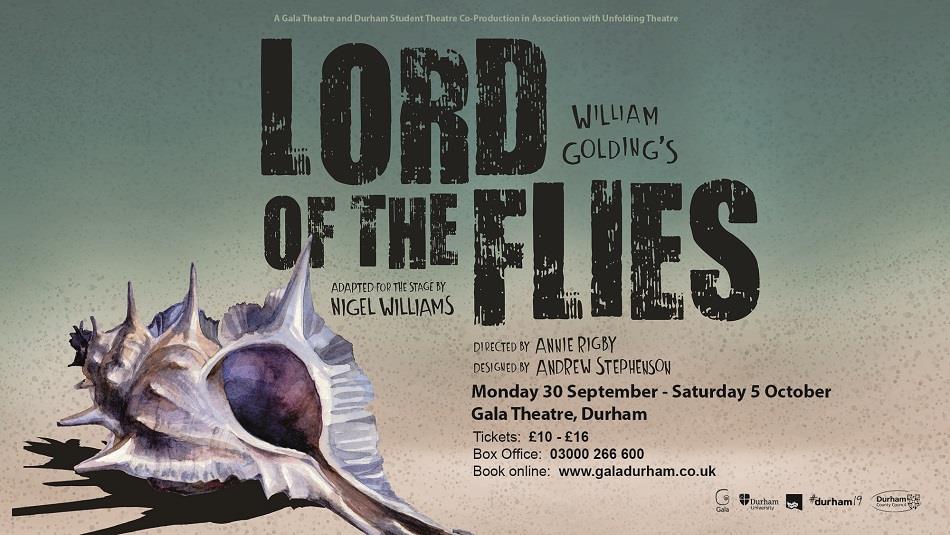 Emily McLean introduces us to the cast of DST and Gala Theatre’s ‘Lord of the Flies’.

In case you haven’t heard (which would be very odd, as we’ve been shouting it from the rooftops!), Durham Student Theatre is thrilled to be collaborating with the Gala Theatre on ‘Lord of the Flies’, to be performed 30th September to the 5th October. We at DST are currently hard at work preparing this modern classic, but in the meantime, we thought we’d share with you the stellar cast list, made up entirely of Durham students and alumni!

Additionally, here’s a little character breakdown so you know what to expect from our fabulous actors:

Ralph – Athletic and charming, Ralph is an archetypal leader of men. With a strong sense of society’s morals and an unerring work ethic, Ralph endeavours to keep order on the island.

Piggy – Despite being clever, Piggy is weak. He supports Ralph’s desire for order and uses his brains to bring civilisation to the band of boy savages. However, his physical inferiority makes him an easy target for the other boys.

Simon – Sensitive Simon is inherently good. Unlike the other boys, he is naturally moral and connected to nature. In tune with his surroundings, Simon senses that the island is not all it seems.

Sam and Eric – Inseparable twins, Sam and Eric are often seen as one entity by the other boys. The excitable twins ally themselves with Ralph and take care of the ‘littluns’.

Jack – One of the older boys, Jack is dominated by his internal savagery. He manipulates his peers and becomes the leader of the hunters, but longs for total power.

Roger – Like Jack, Roger is sadistic in his violence. He terrorises the littluns, and acts as Jack’s lieutenant.

Maurice – Another of Jack’s loyal followers, choirboy Maurice bullies the littluns, but not as vehemently as Roger.

Henry – The eldest of the littluns.

We are beyond excited to show you this fabulous, professional production! For more information, or to buy tickets, click here.