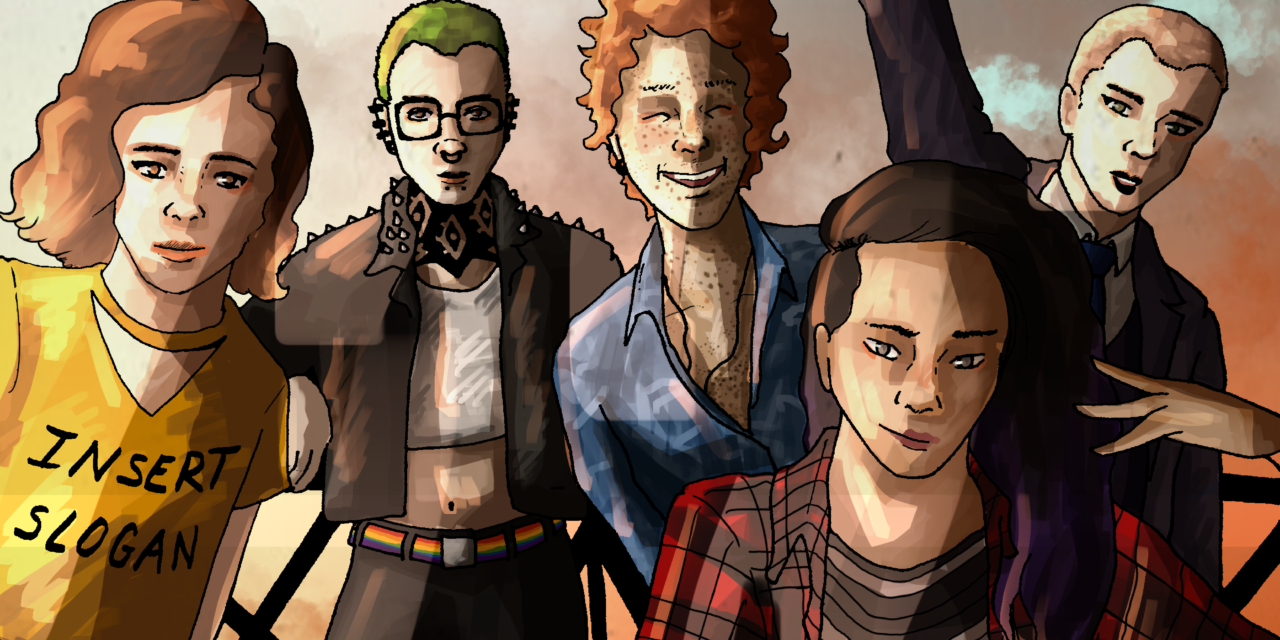 I initiated The Trans and Gender-Diverse Project from a very personal place – from my lockdown experience of isolation, which both allowed me to discover my gender identity away from social pressure and also made my living environment hostile. While feeling alienated from social support, social media also became one of the only ways we could connect to the larger world, and transphobic bigotry and violence felt like it was flooding in from all directions. Queer media was a source of escape and safety for me, and I felt a significant absence of theatre with transgender characters and actors. I especially felt that student theatre should be able to represent its own population, when commercial viability is not a concern and we are more free to experiment. I decided that we have to create our own work if certain voices are to be heard but was waiting for the right opportunity. While working on ideas for radio dramas at Purple Radio, I thought about the audio medium and the way it gives primacy to listening to people’s stories. Trans bodies are so often sensationalised and brutalised in the media that I thought an audio play would be able to shift away from such objectification and move towards subjective storytelling.

Once we got a team together, it was trans and gender-diverse Durham interview participants who helped us understand what stories to tell and how to tell them. What struck me was their willingness to share such intimate feelings with us despite not knowing us, and a comment from one of them that as a trans person they have to explain themselves to strangers all the time anyway. The thing is, trans stories are always already being told, whether in media coverage, public policy debates, or at healthcare centres – the question is whose experiences are represented. I went into interviews expecting to be hit with the negativity and violence that I am used to hearing about, and while there was definitely difficult content, I left with so much more hope and inspiration from the glimpses into their lives. Our team was certain that we wanted to express the strength and love of this community, not just the pain and grief that we are used to hearing about.

While I initially aimed to create a verbatim show based on interviews, we felt that a more theatrical and abstract direction was needed to do justice to these lives. As a whole creative team – directors, producers, composer, cast – we discussed topics covered in interviews, crafted scenes and characters, and finally wrote the script collaboratively. Most of the main characters were designed to be realistic people we recognise in our lives, with the exception of Rain, whom we intended to be the bridge to the literary world and the surreal. The relationship between what is deemed “real”, whether by meeting conventional expectations or by occupying a normative mental/physical time-space was something I considered a lot in this show. But personally, I like to think that Rain represents the people I have lost in my life.

While we set out to do something quite different in student theatre, I did not realise how so many different alternative choices could be made in producing theatre. Organising all of the project virtually meant that the traditional physical presence of theatre was broken up, but this also meant we found new ways to improve accessibility. We could afford anonymity and safety to interview participants, we could offer the possibility of voice acting and rehearsals without visual contact, we could promote the show without relying on revealing the identities of cast and crew. We only adapted to the needs we discovered along the way, and it definitely made me think about how we can rethink conventional theatre-making practices to cater to the needs of different communities.

This project has been brewing for many months and I am so excited for you to see what we have been working on. Most of the members of our creative team have had no prior theatre experience, but brought so much of their life experience and artistic skill to the show. Their willingness to jump in the deep end allowed us to envision something that I hope is a very fresh experience for you. Robbie’s beautiful music composition, Anna’s videography, Tommy and Charlie and Magali’s art have culminated in something so much more than what I could have dreamt of.