With the refurbishment of the Assembly Rooms Theatre coming to an end, Durham Student Theatre is very excited to unveil The Spare Room, another new performance venue this year! 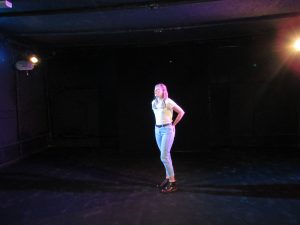 Based in the College of St Hild and St Bede’s former East Gym, The Spare Room is a fifty-seat black-box space, which has been moved from its former home in 53two, an arts hub in Manchester. Initially operating for two years, it will be ideal for smaller, more intimate shows, as its seating and layout can be adapted to suit different productions’ needs.

Back in June 2019,  a temporary Spare Room in the Pemberton Rooms on Palace Green saw a successful three-day run, hosting DST productions and professional companies. The new Spare Room will continue to stage a range of shows based in the north east, from student theatre to local creatives. The first professional show will be Playland, written by Athol Fugard and presented by Elysium, a Durham-based company with close links to the University; it will run from Wednesday 30th October to Saturday 2nd November. 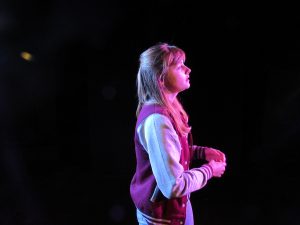 Kate Barton, Head of Student Theatre, said: ‘Having The Assembly Rooms open again, and better than ever, will be a huge boost to the theatre scene in Durham. What we hope The Spare Room will provide is a smaller, more flexible space for a different kind of performance.’

The Spare Room is the ‘little sister’ of the historic Assembly Rooms Theatre, which has been undergoing a £2.4 million renovation project since August 2018. Over the summer, the scaffolding has come down and the Assembly Rooms is set to reopen with a new box office, bar, workshop studio, dressing room and toilet facilities in Michaelmas Term. The 175-seat venue will also have improved accessibility to wheelchair users or those with prams.

This year looks set to be one of the most exciting yet for DST, with two professional venues on top of the other college and university spaces which we frequented in 2018-19. With slot applications for venues opening soon, The Spare Room promises to be a valuable addition to Durham University’s theatre scene, as well for creatives in the North East.