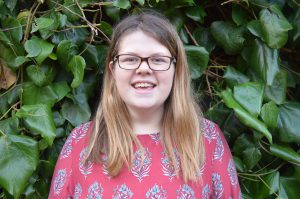 Isabelle Culkin talks to Issie Osborne about her work with Enter CIC. Issie Osborne has been working with Enter CIC since late January. Enter CIC are an outstanding youth theatre group based in Ferryhill. Their members appear in West End choruses, and they often create original productions which fuse music and theatre together. Enter CIC was set up by Andrea Flynn and Paul Flynn.

Isabelle Culkin (IC): What is the purpose of Enter CIC?

Issie Osborne (IO): For a lot of the children, there isn’t a lot of opportunity for musical theatre and extra-curricular activities at their schools, so it gives people the opportunity to do something that they wouldn’t be able to do otherwise. The children have such a great attitude towards it all. It’s a refreshing place to work, because the children want to work hard. Everyone who works with Enter CIC, both staff and the children, has so much respect for the organisation.

IC: What made you want to get involved?

IO: I have always really enjoyed community music; it’s what I want to do when I’m older. I saw this advertised through DST, and thought it would be such a fun thing to do. It’s also nice to do something outside of the Durham city bubble. I went to talk to Andrea and it was really exciting. We had a lot of the same ideas about what the project was for, and how I could be involved with it.

IC: What do you currently do with Enter CIC?

IO: I am their Musical Director. I go in twice a week. I work with both the junior school and upper school. In each session we do a mixture of singing, choreography, and acting. At the moment they are doing Mary Poppins. Normally I will take an hour out of the two hour session, and we will do quite a big vocal warm-up with them and some technique exercises. I am also helping pupils who are working on a music performance qualification under Enter CIC.

IC: How have you found working for Enter CIC?

IO: I have loved it. They are all such lovely and supportive people. They want me to get involved in as much as I can, and get as much experience as I can out of the opportunity. I have learnt loads from them. Even the stuff they teach the children, including confidence-building exercises, has been really good for me. When I first arrived at a session and they did all of the warm-ups I wouldn’t have got involved, but working with the kids has been really good confidence building for me. It’s very de-stressing. It’s nice to be able to turn your phone off and be outside of Durham City. You would think adding something on top of everything you are already doing would be really stressful, but actually it’s so nice to be outside of the city doing something else.

IC: Why would you recommend doing a project like this to other people?

IO: I think it’s important to do something really different. I have been lucky enough to have loads of musical training, and I think it’s so important to give back to a community of people who may not have had the same access. It’s also great experience; I have learnt so much. There is only so much you can learn from within Durham City working with your peers. You learn so much by working with professionals like Andrea in terms of exercises to bring back here as well as developing my teaching style. I hate talking about this, but also it’s great in terms of CV-building. For me it felt like the last part of jigsaw puzzle. It’s also just very fun. The children are so nice – it is a joy to work with them. It is so great to work with children who come and are there to work. It has also taught me so much about how to teach. I have a tendency to be overly nice when teaching, but I have watched different ways of motivating children to get the best out of them and in the most productive way.