A new Edinburgh Festival?: Art and healing in times of crisis 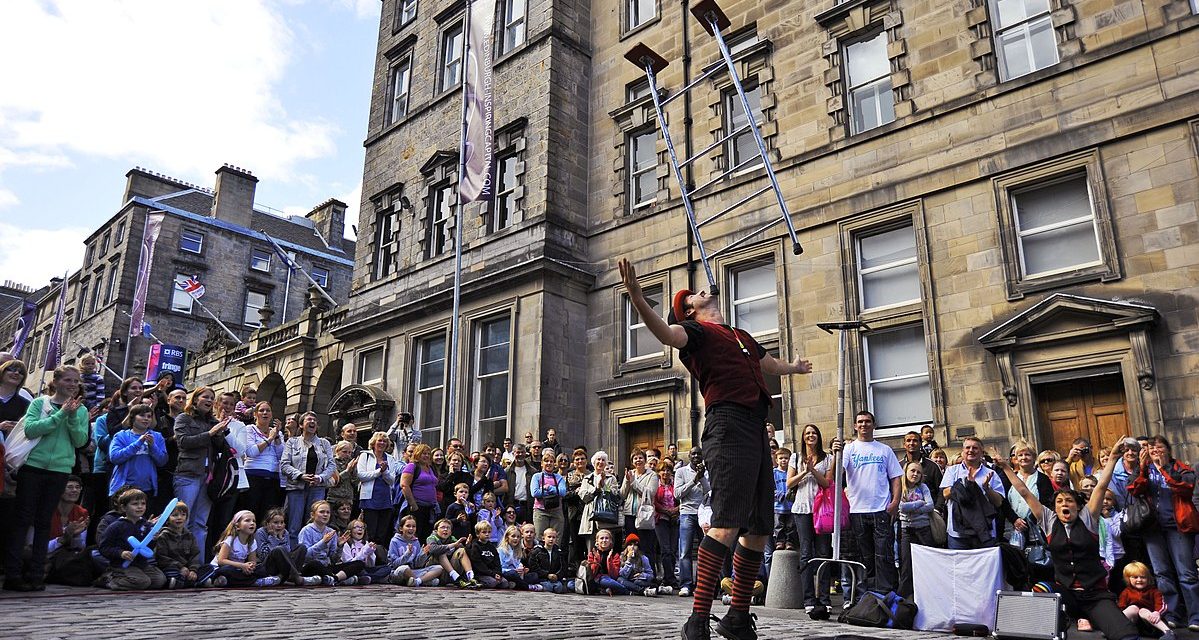 Alexandra Hart looks back at the hidden history of the Edinburgh Festival, examining the Arts’ unique ability to help society heal in times of crisis.

It is only natural for us to look back to other periods of crisis during such an unprecedented time, seeing how past generations coped with uncertainty and fear. While comparisons with World War Two are not always applicable, the artistic phenomenon started in the aftermath of the conflict can give us an insight into the power of the arts to help us heal.

The first Edinburgh International Festival ran in 1947, intending to “provide a platform for the flowering of the human spirit.” Today, the event has gained global fame for being a place of experimentation, inspiration, and enterprise. Originally, it was created to help heal the fractured spirits and relations of the war-torn world, bringing together artists from across the international stage in a show of unity and peace. This hidden history demonstrates how an artistic response to a political and social issue can grow into a miraculous event. It suggests that the arts could be the first responders to the emotional damages and divisions of Covid-19.

The festival encouraged unity in a way the politicians couldn’t. It resisted Iron Curtain politics when Soviet Unionist Bolshoi artists performed at the festival despite tanks rumbling into Moscow. It initiated the first-ever film festival despite power cuts and food shortages. It even proved that the arts are for everyone by encouraging the growth of the Fringe. Conductor Bruno Walter declared that “What you have done in Edinburgh is one of the most magnificent experiences since the war. Here human relations have been renewed.” The festival broke international divides between artists and between audiences. It dissolved class barriers and changed the idea of “high” and “low” art. It helped make the broken world whole again.

Perhaps it is symbolic that the festival did not go-ahead last year, during a time we were once again facing death, distance, and division. Perhaps its spirit of unity cannot exist in a world wracked by disease. This is also a chance, however, for us to rediscover the ideals on which the festival was built. Artists across the globe have been responding to Covid-19 by sharing their work, from home concerts to the streaming of plays. It is clear to the artistic world that we need this entertaining focus, escapism, and shared experience of the Arts now more than ever. However, the Arts are also one of the industries suffering greatest during the pandemic, with theatres and galleries unlikely to open for a long while due to their reliance on mass gatherings.

But if nothing else, the Arts can provide hope. Just as the Edinburgh Festival helped heal the world 73 years ago, accessing art, music, theatre, and dance online allow us to remain courageous and united now. Beyond that, once we are all safe and free once more, it is the Arts to which we should look for inspiration. It is in the Arts we should look for community. And it is the arts that can help us to heal when lockdown is finally over.