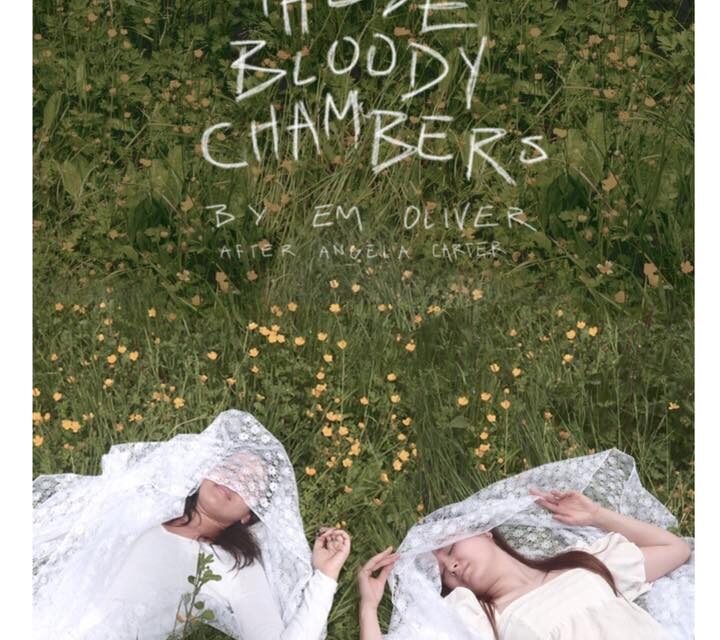 When I first read the script for ‘These Bloody Chambers’, what drew me to it was its elements of folklore and gothic storytelling. The script itself borrows from Angela Carter’s short stories, which carry a mystical poetry that’s further extended into the heart and soul of the script under the pen of Em Oliver, our playwright.

Somehow, it’s easier to bundle the ugliness of humanity into monsters. It’s more comforting to believe that people are hurt by creatures that don’t look and sound like anyone you can meet down the street. It’s easier to believe that an Erl-King, a monster of the woods, transforms innocent little girls into birds and traps them in cages, than it is to believe that women are being held hostage in abusive relationships every day. It’s easier to envision feminine rage as something separate from women themselves, as a snarling wolf, a beast, a freak of nature, than it is to accept that women have long held rage inside of them for how they are treated as they navigate a world that seems to oppose them at every turn. This is how our girls, Alice, Nadya, and Sumaya, tell their stories to the world.

This play touches on many heavy themes, including racism, sexual violence, and the fetishisation of women of colour. The traumatic impact of these situations cannot be understated. But often, women of colour are accused of overreacting, with accounts of fetishisation or sexual misconduct being reduced to flattery, immaturity, or the infamous, “boys will be boys”. What happens as a result is that these stories are only spoken about under the radar amongst each other, with many people feeling that it can never be brought to light, for fear of being ridiculed and blamed further for something that, fundamentally, they are a victim of.

There comes a question of, “how far is too far?” Who decides the threshold between overreacting and appropriately reacting? What has to happen to justify the rage and vengeance our girls carry within them? This is a question I hope the audience keeps in mind as we meet the one man in this story – the Boy.

Even so, what lies at the heart of this story isn’t fear, or rage, but light. Even in the darkness of the woods, our girls find moments of hope and genuine connection with each other. Ultimately, they find their way out of the woods, and a way to heal from their trauma, not because of vengeance or a violent subversion of patriarchy. Instead, they emerge victorious by showing that what lasts isn’t everything that’s bad in the world, but everything that’s good with it. It is with this hope that I invite you all to the world of These Bloody Chambers – that, even though this story explores many bad things, what we must remember is that we hold the power to make the good things prevail.