Director’s Notes: Sing Yer Hearts Out For The Lads 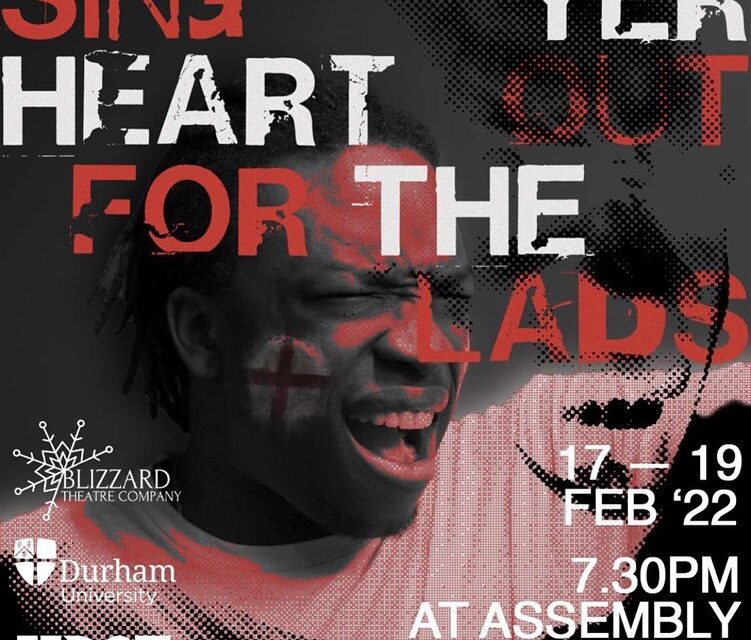 I haven’t done theatre on this scale before and came into the production with a lot of anxiety about basically every step of the process. If directing this play has gone well at all, it’s gone well because of the extraordinary team I got to work with. Our head producer, Lamesha, came to me with the script and was optimistic from the beginning. She’d chosen it because the script discussed race and called for a more diverse cast than DST usually has. Lamesha happens to be President of DST which I hadn’t known when she asked me to direct. I also hadn’t known she’d never worked with a black director or a male black lead in the time she’d been doing DST and I think that’s shocking. This experience has certainly taught me that Durham’s a long way from where it needs to be regarding having a diverse student body.

The team IS very diverse though and that’s been a real joy, a very fun experience that I imagine is sorely lacking in Durham. Lamesha’s Caribbean-British, I’m African, Brianna, our Tech Director is Caribbean-American. Maryum, our Assistant Director is British-Pakistani. A great team for the kind of story the play is.

For a play written in 2002, Sing Yer Heart Out for The Lads is delightfully urgent in its content and in its approach. It’s set in a pub in South London, on a warm and familiar day. England is about to lose a football game. It’s the World Cup Qualifiers! The last game at the old Wembley! Against Germany! It’s no fun for anybody, least of all the regulars and owners of the King George Pub.

They’re a big family, they laugh and drink and talk about football and they curse when things don’t go right, they bring in baggage from outside, and they hurt each other. The play’s setting might remind audiences of the some of the controversy around the last Euro Finals. But it might also remind them that Britain has been having a conversation about race and identity for a long time. And if we’re going to make sure the conversation doesn’t turn sour, we’re going to have to do it together. Like a family.

The prod team is mostly first-timers. A really driven production team, extraordinary people. Katie and Toby (Stage Manager and Ass. Producer) have built a bar by hand, from scratch. The levels of commitment and creativity from everyone has been phenomenal. Maryum has more DST experience than I do and none of the process would’ve worked out without her.

The cast is mostly first-timers. People brand-new to this whole process. I think it really reflects DST’s openness to people with less experience and it’s drive towards building people’s portfolios.

The play’s certainly unusual for a Durham audience, it’s proven to be a great learning experience for the production team, and it’ll definitely be one to remember. I’m humbled to have worked with so many talented and driven people on this.