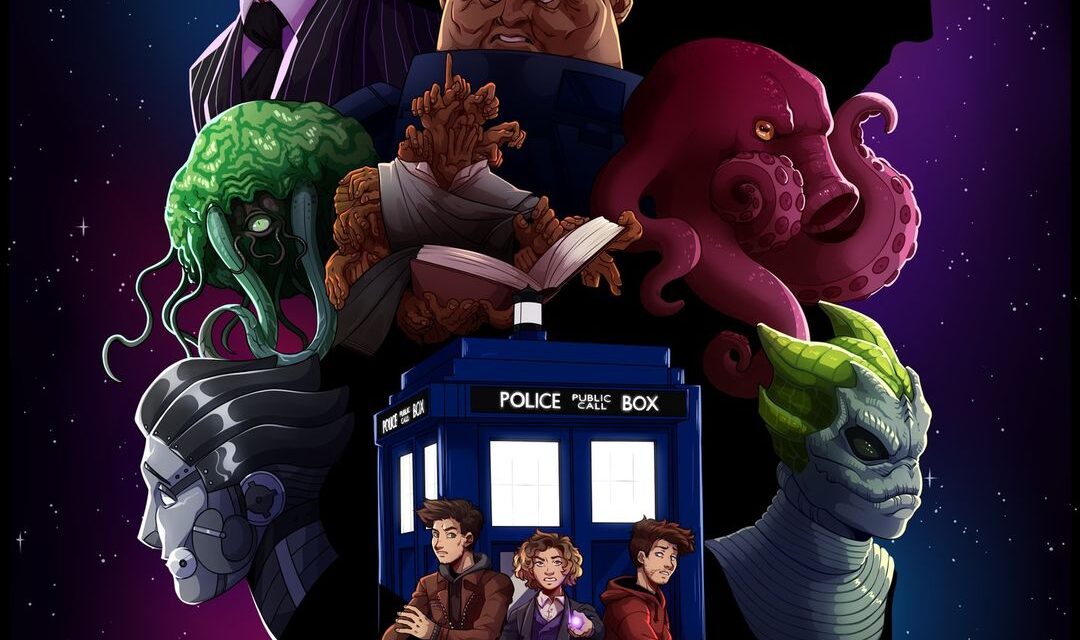 Nearly two years after I first typed those words in Episode One, Open Doors, they stick with me at night, rippling across time. Did she warn me? Way back in March 2020, the world on the brink of lockdown and nothing to do, should I have heeded the words of the Fourteenth Doctor and stopped?

Of course not, but it’s fun to think about.

I only planned to write one episode. Five months later, that became a commissioned series, two episodes rented out while I plotted the other ten. All of a sudden, I was a co-director. Forty-eight hours later, I was a lone director as my partner left and never came back, for reasons still infuriating. A month after that, I’d been cast as the companion. New to the Durham theatre scene, I’d already consolidated more power than the Minister of War.

As the tsunami of work hit me, I was already dreaming of the day I could retire to the planet Popolia with one of Mortimer’s massages. The reassurance came in two aspects: firstly, the team behind me. I’d cast the Doctor. Evie Press will knock you down like Sontar’s gravity within her first thirty seconds, and I guarantee by the time the credits roll on Episode One she’ll be your new favourite. I could spend this entire column personally thanking the other thirty-one cast and crew who brought this to life, but to pick a couple for posterity: co-writer and co-companion Owain Smith, a constant voice of support from the very beginning like Cafolla to Jonski, and Ollie Fabb, who puts more effort into sound design than Jason Whittaker would in a room of repressed sailors. Without them, without everyone, these stories would be nothing more than an abandoned headline for Galactic Terran News.

Secondly, I knew I wasn’t the first. From Verity Lambert to Russell T Davies, countless others had stood in my position with a sense of trepidation, yet made it work. You had to hand it to them, just as Erudmo would. They’d created, invigorated, upheld a Prog/Ram – sorry, programme – that had stood the test of time and space. From 1963 to 2022, surviving certain death in 1985, 1989, 1996 (how many cancellations have you seen today?), just in time for me.

Because, with a cheeky third reassurance: this is Doctor Who. My emotional support hologram. It’ll go on until the year 4495, but it’s here for me to play with now, and that’s what counts. I could tease the thing – and I have, pay attention – but what more do I need to say? The Doctor, in the TARDIS, next stop everywhere. With a little bit of imagination on the visuals, this independent incarnation is quite simply glorious, and I can’t wait to share the spectacle with you all.

“I warned you“, she said, all those months ago and mere days away on a Stockton rooftop.

But she left out so much brilliance.

Doctor Who: Out of the Shadows will begin airing January 31st, 10pm on Purple Radio every Monday, available on streaming platforms afterwards.