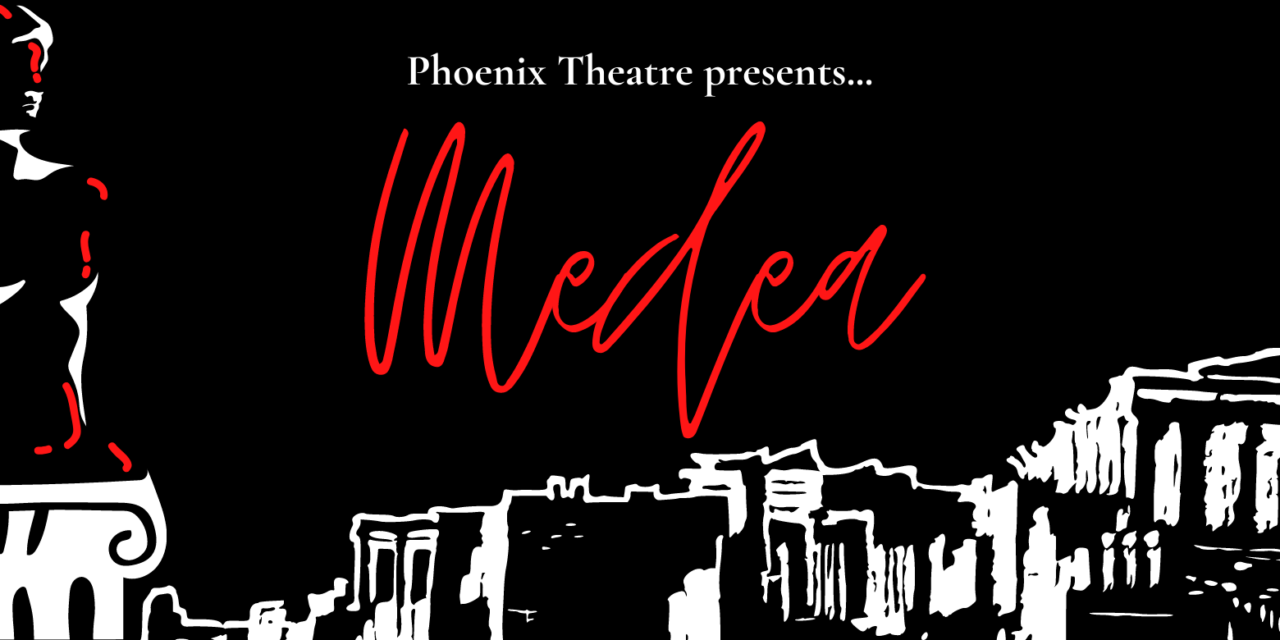 Although unfortunately its performance in the Assembly Rooms Theatre this term, presented by Phoenix Theatre, had to be cancelled due to COVID-19, the production team hopes for its return in the next academic year!

Even for a director who has seen the show hundreds of times, from its distant and stilted Zoom conception to its performance in the Assembly Rooms stage, Euripedes’ Medea continually finds new ways to be startlingly and strikingly poignant.

The play is relevant to even the most recent events. Take Vice President Harris’ statement to Guatemala City on immigration across the US/Mexican border: ‘Do not come. Do not come.’ Despite the fact that seeking asylum at the US border is a completely legal method of arrival, Harris’ disparagement of potential immigrants is emblematic of the xenophobia and institutional oppression rife within contemporary political systems. The relationship between Jason and Medea can be used to examine the relationship between the Coloniser and the Colonised. Her banishment from Corinth is aligned with VP Harris’ chilling ultimate promise: ‘If you come to our border, you will be turned back.’ I hope the portrayal of Medea’s position as an immigrant and the overwhelming insecurity she experiences as a result will facilitate discussions here in the Durham University community concerning our lack of diversity, insufficient support for minority groups, the failings of the University to foster community and how these issues extend into Durham Student Theatre. Profits from the show will be donated to STAR, Student Action for Refugees, which ties in closely to the thematic scheme of the play; the talks that they organise and the discussions that they facilitate are integral to the progression of education around diversity issues. 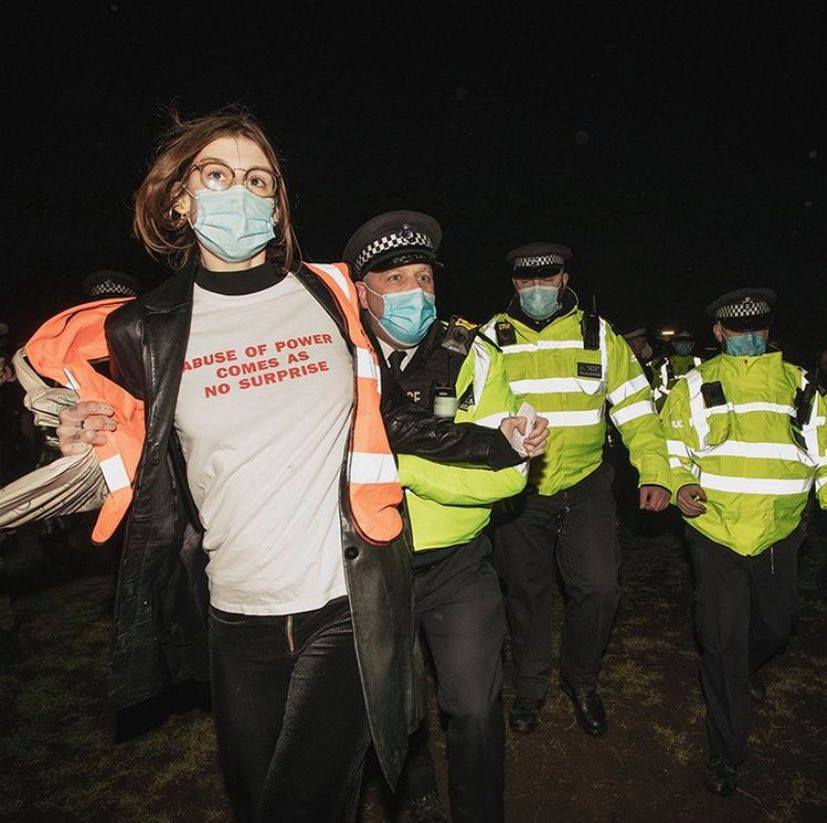 Abuse of power comes as no surprise.

Moreover, relevance is found within the imagery that has recently saturated social media, following the tragic death of Sarah Everard and the following movements protesting sexual harassment and violence against women. As with many of the social movements in recent memory, this begs the question – why did someone have to die for the issue to be brought to the forefront of our social consciousness? As the details of the Sarah Everard case are brought into sharper focus, we are reminded of how severe acts of male violence against women are only surprising due to how systemic misogyny and r*pe culture continually looks the other way. As a society, we ignore the pattern and the escalation. We allow predators to stay in positions of power, even after they have revealed their true selves. I was struck by the thematic relevance of Medea to this image and have chosen to begin the show by emphasising that ‘abuse of power comes as no surprise’. The beginning tableau is a reference to how the Durham vigil for Sarah Everard vigil was cancelled due to Covid-19. This production is not only dedicated to the memory of Sarah, but to the hundreds of female lives lost to senseless violence, particularly the women of colour and trans women whose names are not granted the same media attention.

Medea destabilises typical norms to explore gender conflict and radical ‘otherness’ whilst defying definition. The sexual chemistry between Medea and Jason explores the fine line between female empowerment and sexual exploitation. Female sexuality will be set at the centre of our production to comment on the necessity of weaponising sexuality in modern society to exact power and attain authority. Is sexuality empowering or imprisoning? Is it a gift or a burden? Medea’s use of sexuality does not make her a victim; it makes Jason weak. In order to avoid feeding heteronormative narratives and continuing the objectification of women by narrowing the message of the play to depict how Medea only has power through her sexuality, we have gender-swapped the male roles, excluding Jason and Creon. The tutor becomes a young woman who does not yet understand motherhood, whilst Egeus, the King of Athens, becomes an infertile Queen who cannot resist Medea’s help to conceive children.

Medea feels particularly pertinent for Durham at this time due to the renewed prominence of the IT’S NOT OK Durham movement and cast member Honor Douglas’ newly founded ‘Our Durham Streets Now’ campaign. Both currently focus on the surge in street harassment over lockdown, citing the terrifying statistic that one in five women have been affected. In line with this, the play’s male characters are not strong; their power and security derive solely from the societal systems that provide them with authority. Medea is shown to be entirely at the mercy of these same systems and is forced into horrifying actions to regain agency. This violence at the culmination of the play engages us with the struggle of those at the margins of society and the near impossibility of progression in the face of systematic oppression.

Robin Robertson’s 2018 translation of Medea sees him draw upon his poetic voice as an aesthete; he turns Euripides’ masterpiece into a contemporary and fresh piece of theatre without sacrificing linguistic beauty and style. This translation removes the barrier that archaic language often provides for both the actors and the audience. The stripped-back approach allows us to easily engage with the internal workings of the shifting power dynamics, gender politics and dynamic morality of the play. There is a reason this story has persisted through the ages, just as Medea herself persists through the twists and turns of her turbulent life. The tragedy of Medea is universal, despite being played out in classical extremes.

The creative process of Medea started in October 2020, meaning the play itself stands tribute to people’s willingness to connect with each other, create theatre and work on their art even in the seemingly debilitating face of a global pandemic. Thanks should be given to housemates, families and neighbours for putting up with all the bedroom screaming.

This production was in support of STAR, Student Action for Refugees. Find out more on their Instagram page.

If you have been affected by any of the issues discussed here please find resources here: 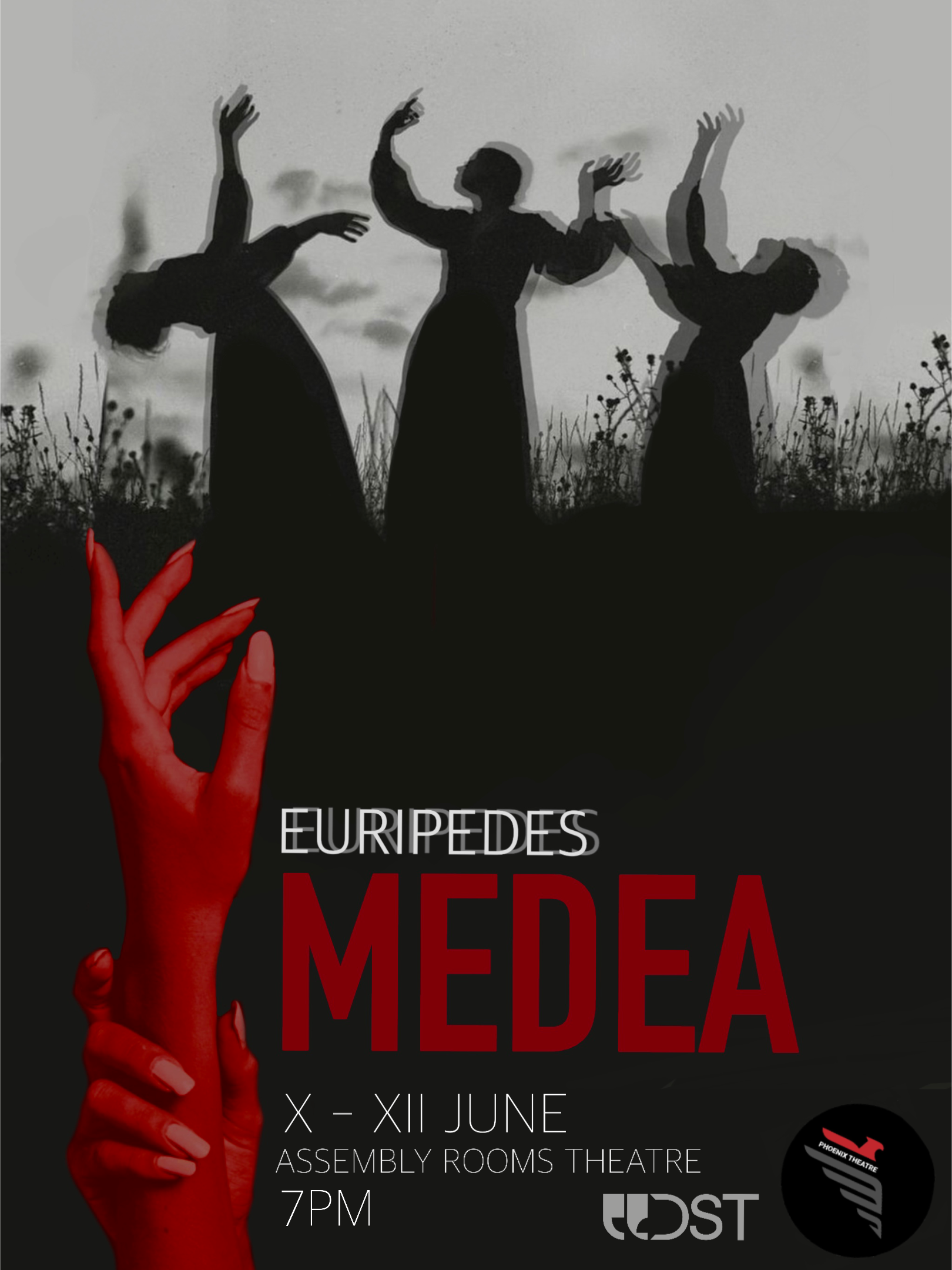