Ahead of its upcoming filmed release, presented by DUCT, Director Esalan Gates considers the gender politics, narrative tools and modern approachability of Macbeth.

Macbeth is one of the most popular Shakespeare plays. Full of witches, murder, and battles, it holds excitement even for those who are not the greatest fans of iambic pentameter. Yet, it is because of these bloody and supernatural elements that it does not translate so clearly to a modern setting. The witches are the clear creative outlet for the director’s vision, but this means that they can become disconnected from the rest of the production. The witches are typically either haggard elderly women or enticing sirens who have wound up on a moor instead of some craggy piece of rock in the middle of the ocean. In DUCT’s show, they are played by the only male actors in the cast.

Macbeth is seemingly a play full of action, and yet all the most exciting bits happen out of sight. Why do Duncan, Lady Macbeth, and Macbeth die offstage? It is not for the sake of theatrical staging; Gloucester famously attempts to throw himself off a cliff in King Lear. So, most of the deaths are reported to us: with what other exciting elements does that leave us? The ghost of Banquo, and the witches, who actually open the play. Try to combine the onslaught of solely reported action with the persistence of the witches as a very real presence throughout the play, and you get a stage covered in newspaper, with a black and white image of the current king plastered on the back wall and an array of items that relate to the development of modern journalism scattered across the floor.

First Witch is a ‘90s era journalist, equipped with a pager, cigarettes that he smokes indoors, and the twitchiness of a trader addicted to cocaine. Second Witch is a composed gentleman reminiscent of the 1950s, exerting his authority from afar while drinking a glass of whiskey. Third Witch spends most of the production with his airpods in, epitomising the hipster online blogger that will become an equivalent relic from our generation in later years. They also play all the minor roles in the most blatant disguises possible as the women act out the main plot, unaware that they are poor players indeed, strutting and fretting their hour upon the stage before they are heard no more.

I became director of this production in December 2019. It was intended to be performed in mid-March 2020. Then the first week of Easter term. Then the first week of Michaelmas term. Then it was going to be a film set in the hills around Durham. Then Epiphany term went online. And now it’s a film made over the course of four days in the Assembly Rooms Theatre during the 2021 exam period. The cast and crew have grown and shrunk as time went on; we were only able to start rehearsals in late May 2021, and so it does seem like this has been both a lengthy climb and a whirlwind rush of determination. It feels cathartic in a strange way that this play is finally in existence after the extreme difficulty of creating anything this year, and I feel an immense amount of gratitude to those who stayed with this production to the very end.

Macbeth is available to stream from June 21st at 7:30pm until midnight on June 27th. Tickets are available to purchase here. 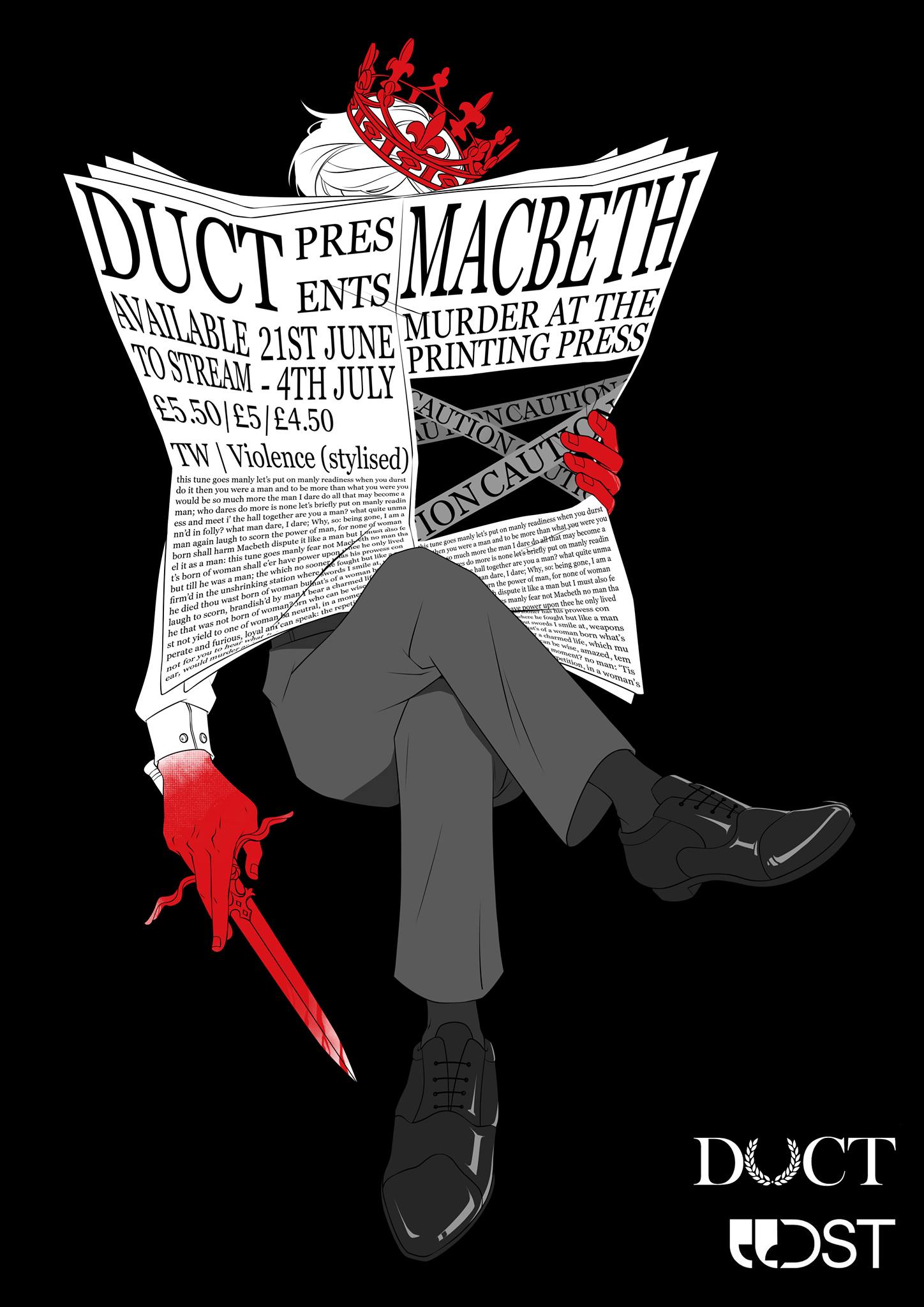