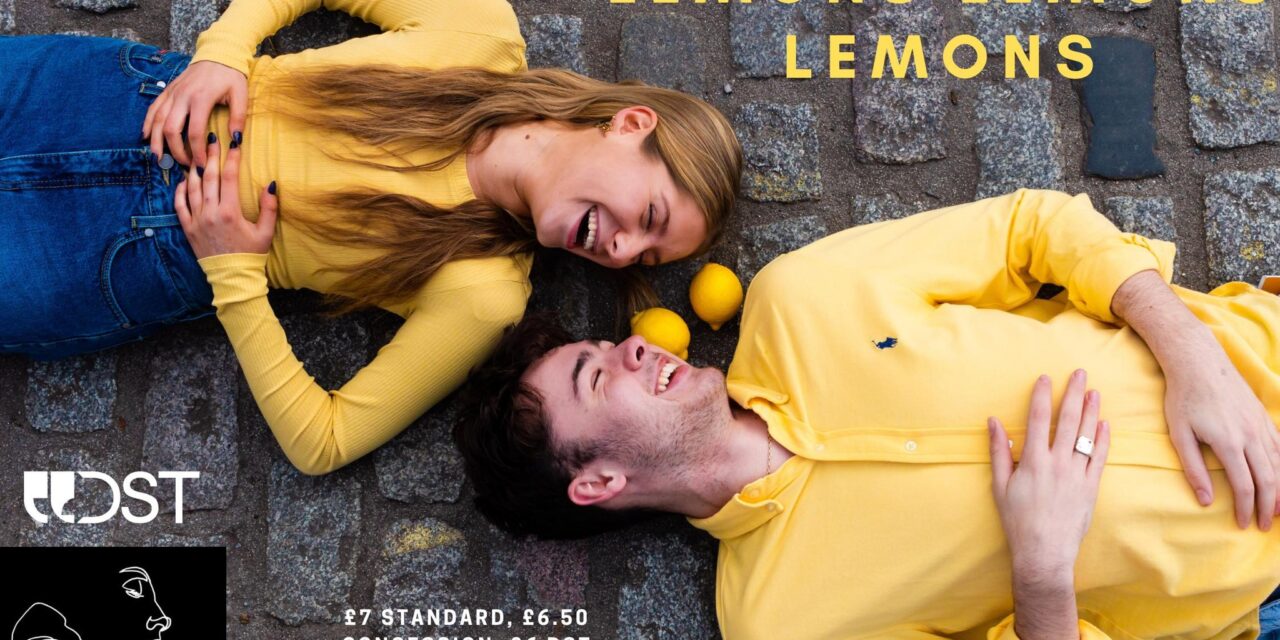 Bernadette and Oliver meet under ‘normal’ circumstances at a cat funeral where they are still allowed to use 123 205 705 words per lifetime. However, the audience follows their relationship as a new ‘Quietude Bill’ or ‘Hush Law’ is introduced, and the pair can only say 140 words a day.

The fact that Steiner wrote this outstanding play while he was a teenage student at Warwick University is all the more impressive. The show went on to win three awards at the National Student Drama Festival, and it is no surprise why.

Our little set in Cafédral allows the audience into Bernadette and Oliver’s home and the private life they share together. The audience becomes voyeurs, watching them discover new ways to sit on the couch, argue, and even have sex.

The chemistry between Eliana Franks and Kit Redding as they play Bernadette and Oliver is indescribable, and the audience is immediately drawn into their little world and become invested in whether they will work together through this life-changing new law.

For a short, 65-minute play, there are an extraordinary number of scenes – 86 to be exact. Coordinating these scene changes was more challenging than anything any of us had done in the theatre before, and after eventually setting on incorporating a ‘freeze’ and ‘breath’ start to the beginning of each scene, the entire play began to flow more successfully.

The addition of tech has elevated this play. Our wonderful tech director, Alex Tinkler, decided the main light at the back should turn off when one of the characters ‘runs out of words’ – an inspired move. Not only does this increase the clarity of action for the audience, but also creates wonderfully intimate moments between the pair in the almost darkness.

A massive thank you must go to our fantastic Producer Naomi Merrick and Shadow Producer Shehrzadae Moeed. They were constantly one step ahead and have worked so hard on promoting and coordinating this play. In addition, our incredible Assistant Director Jennifer Lafferty has shone in her role, offering key advice to our actors and always making the rehearsal room a positive space, regardless of the circumstances.

The final message of thanks and praise must go to the stars of our show, Eliana Franks and Kit Redding, without whom there would be no play. They have made these awkward characters their own, welcoming the pressures that a two-person, intimate show provides, and shining in their roles.

Without this incredible team, my little ‘Lemon’ baby would not be the same, and for that I will forever be indebted.