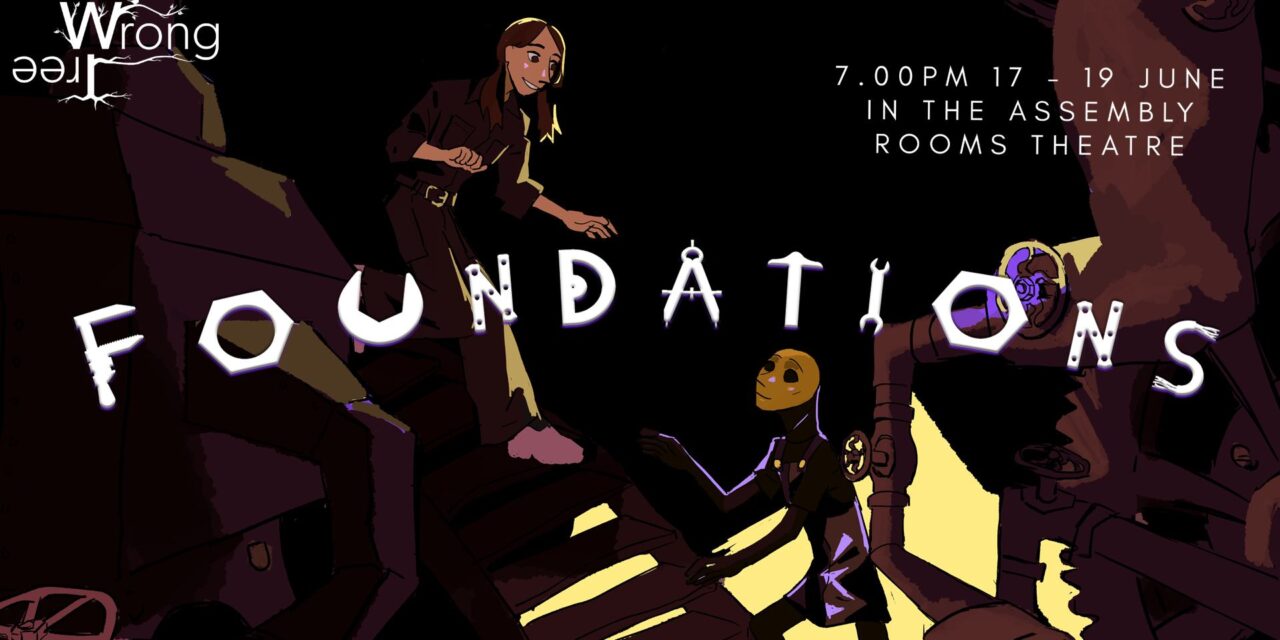 A factory above, a factory below. Two worlds, existing side by side – until someone crosses the boundary.

MJ is a human who is sick of moving boxes around all day like a robot. Pins is a robot who doesn’t fit into the underground. When they meet in the space between their worlds, they form a friendship that blurs the boundaries of human and machine. Are we becoming machines? Are machines becoming too much like us? Is there another possibility? Foundations is a play about technology, love, and bad dancing, told through physical theatre and puppetry.

‘The machine is us, our processes, an aspect of our embodiment. We can be responsible for machines; they do not dominate or threaten us. We are responsible for boundaries; we are they.’ (Donna Haraway, A Cyborg Manifesto)

Wrong Tree Theatre Company creates devised pieces that normally revolve around physical theatre, so when we signed up to co-direct a Wrong Tree show during a pandemic, it was clear we had our work cut out for us. We intended to find a way to create a devised physical performance without relying on human-to-human contact. This is where the puppets came into play, as they allowed us to navigate awkward distances by creating the illusion of contact at a time when people crave it more than anything else. The show tells the story of two individuals and their unlikely connection across the world of humans and the world of robots, all in the lurking shadow of a villain whose narrow-minded ideals threaten to rip away individuality and self-expression. 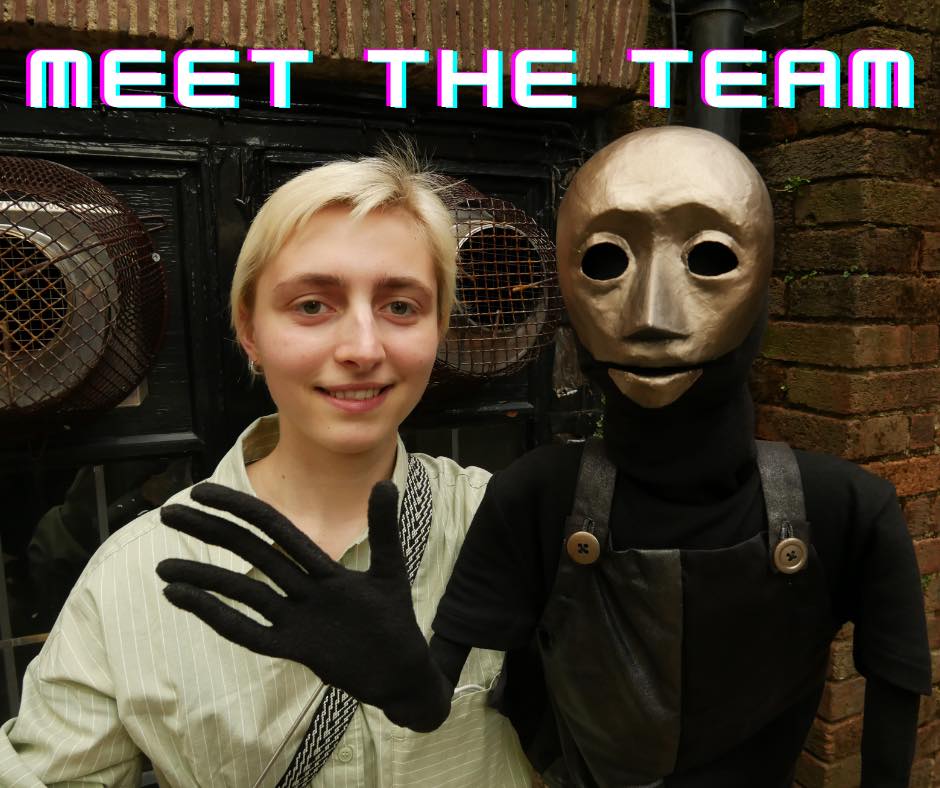 When I first came up with the idea that became Foundations, I was working through my mixed feelings about technology. I wanted to think about the ways that humans relate to machines because I didn’t know how to relate to them myself.

Often we talk about technology and machines as if they are something detached from us, whether good or bad – robots try to annihilate humanity in movies; tech billionaires talk about how technology will save us like a kind of deus ex machina. I thought there was something off about this – humans make machines; they have always been part of us. We talk about mechanical production dehumanising workers, but the qualities we associate with machines – rationality and efficiency – are hailed by humans, not robots. If we talk about humans being in conflict with machines, the truth is that some humans are in conflict with the kind of humans that make those machines.

I wanted to imagine a world where our associations with machines are different to current society because I think a future like that is possible. Coming from a background of theatre tech, I love the old lighting fixtures we use in the Assembly Rooms because they are inefficient – we keep using them even though they might be old-fashioned or temperamental because we think they look beautiful, and their history is worth preserving. Continuing to use ‘obsolete’ technology is something that I find charming because it just seems so human to me. I don’t by any means think puppets are obsolete technology, but they are a very old kind of mechanism – and preserving that art form is important.

I’m so grateful to our amazing cast who have made our wacky robot world a real place. When I first made Pins and Bolts, I was scared that the puppets would be too creepy for anyone to be able to connect with – but everyone treated them as if they were almost human (which they are!) almost immediately, giving them much more personality and vitality than I could have imagined. It’s so hard to imagine what they were like before being played by our puppeteers. With the show in general, I love that now I don’t remember who contributed what – it truly is something we built together, and I think we made something really special. I hope that if you come and see our show, you’ll quickly come to see the humanity in them too! 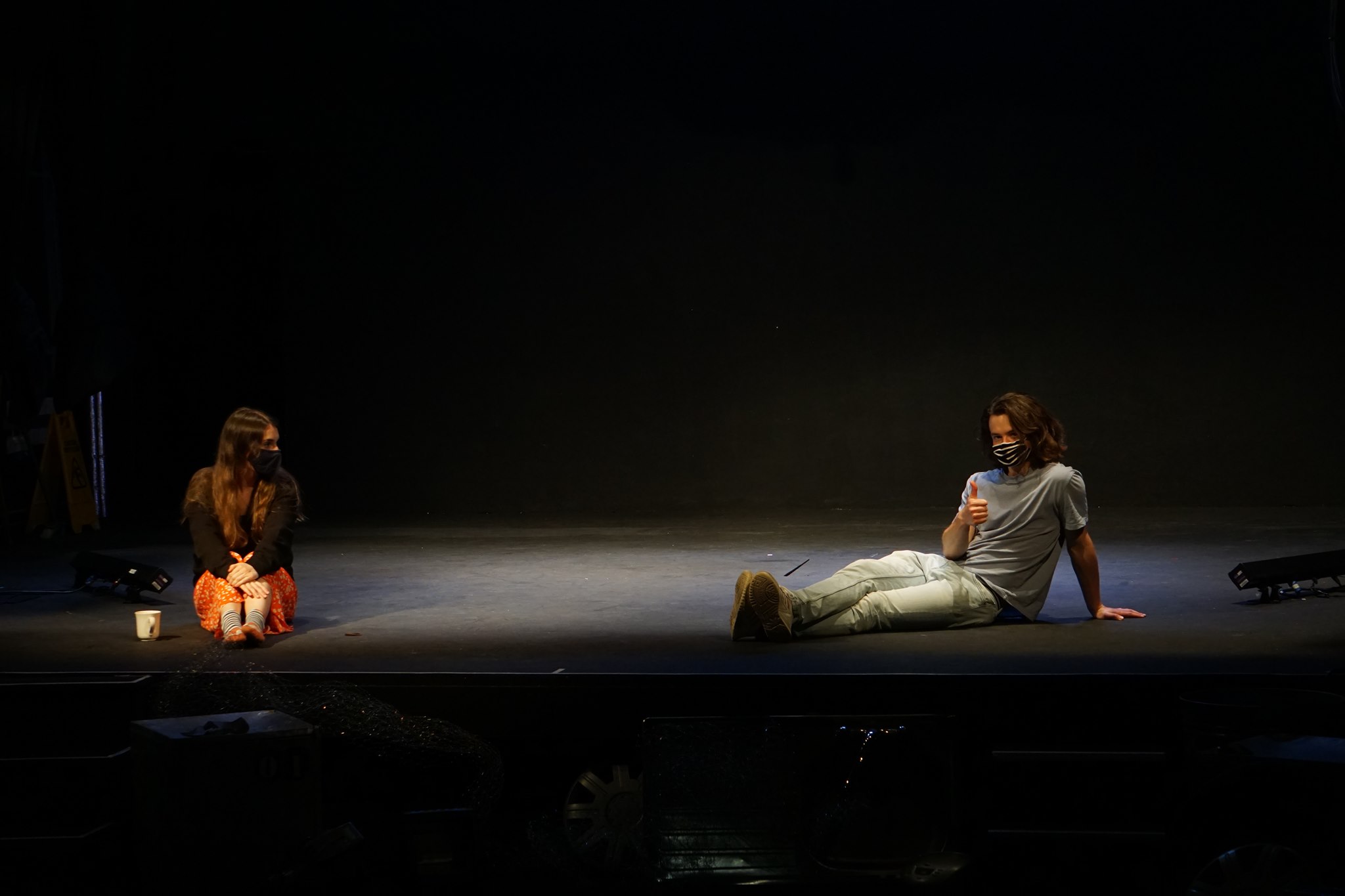 While I have co-directed shows with elements of puppetry before, this has been my first time working with actual created puppets. It has been amazing to help the actors bring them to life with their own unique gestures and personalities. Anna’s puppets are so unique in their ability to be uncanny, comedic and emotive all at the same time – going from whimsical to heart-breaking all in the space of an hour and fifteen, they allow for the tonal complexity of the show. My favourite thing about working with puppets is that they immediately require the audience to suspend their expectation for realism, allowing us to take more creative freedoms with the images we create on stage. Some of my favourite scenes to develop have been the interactions between Pins, the robot character, and MJ, the human character, as MJ attempts to explain the phenomenon of her world to Pins. I have also loved working with Josh, our fantastic composer, to map all the movement sequences onto his original score created by sampling different relevant sounds. I genuinely believe that this story and the mediums we use to tell it are like no other in the Durham drama scene, and I am beyond excited for others to come and witness the culmination of what has been nearly nine months of hard work.

Foundations performs at the Assembly Rooms Theatre from 17th to 19th June. Tickets are available to purchase here. 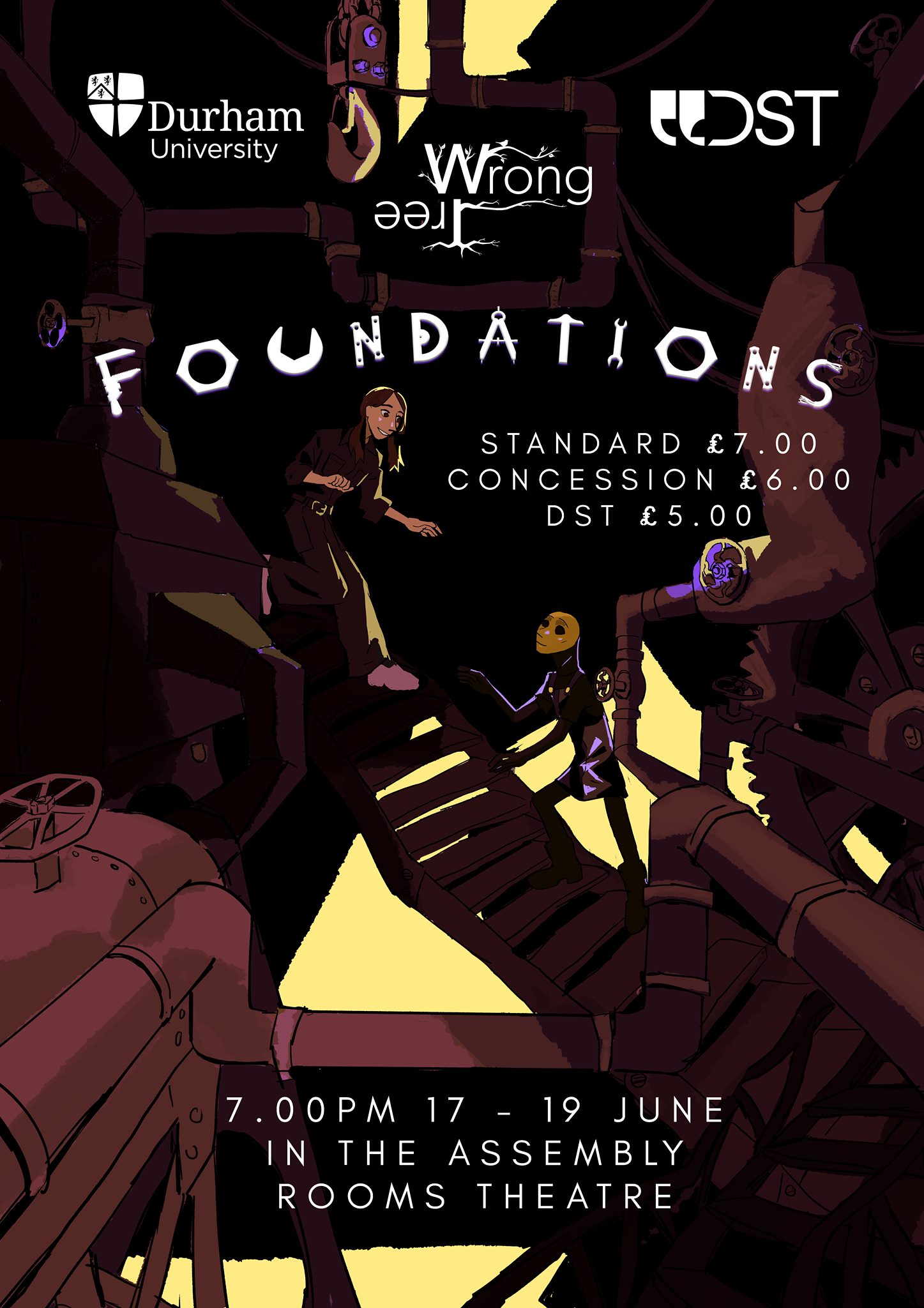