Directing in a pandemic 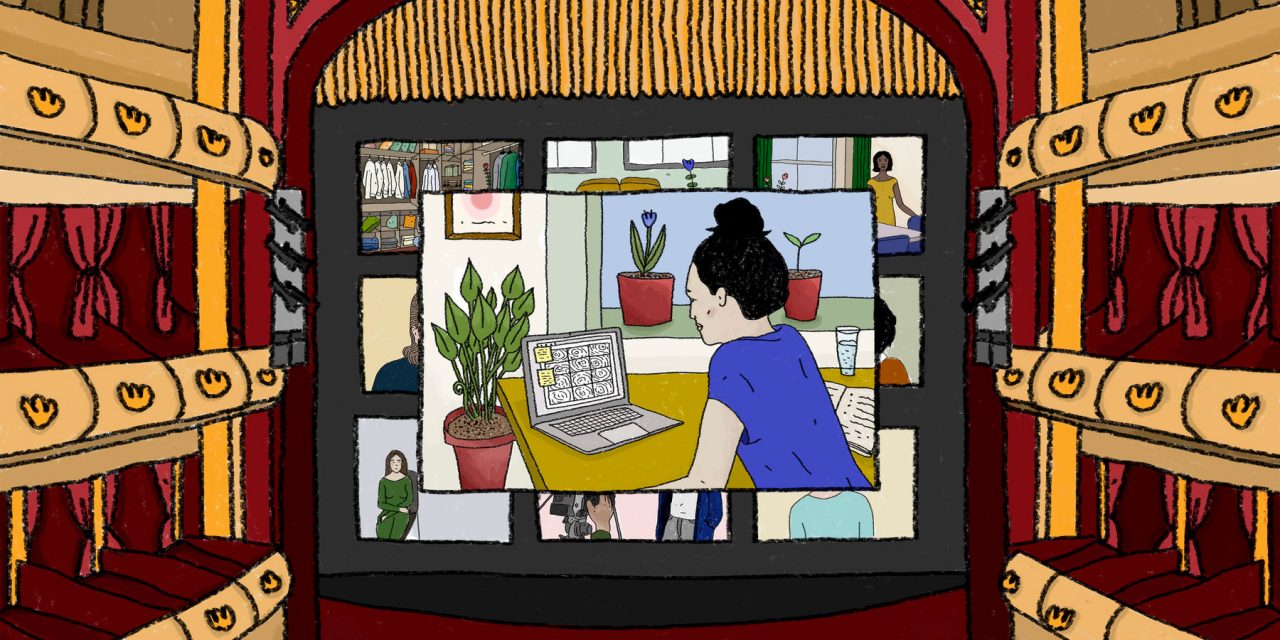 Esalan Gates discusses the changes, challenges and lessons that directing over Zoom presents.

Zoom plays, filmed plays, radio plays . . . it is a testament to the DST community that we have managed to persevere in creating an absurd amount of material despite being in a strict lockdown for half of the last year. Directing in the pandemic has been a catalyst for change in many ways; it has certainly made me reconsider the way I approach auditions and rehearsals, having had to battle with Zoom to keep creating.

My first foray into ‘pandemic theatre’ was in April 2020 when I helped direct a Zoom edition of the DDF 2020 show, ‘Number Theory’ by Imogen Usherwood. It was an eye-opener to how much more work online theatre requires; it is unfathomable how much time it takes to rehearse, record, edit, and upload compared to the familiar quick pace of live theatre.

While directing ‘The Lovers’ for DDF 2021, I finally stopped comparing the experience to in-person rehearsals, although somehow I cannot break the habit of saying, “If you were on a stage, this is what you would be doing”. When we emerge from this, we will have changed the way we think about theatre and annual programmes drastically. I will never again make a piece of work that I don’t film, regardless of whether there is a live audience or not. Luckily, we filmed the production of ‘Twelfth Night’ that I co-directed with Becky Latcham last February (the last performance was on March 1st 2020, we were immensely fortunate), but I will forever be saddened that I didn’t film ‘Regeneration’ the previous term.

One of the biggest challenges we are facing as theatre-makers are the constant knocks: the innumerable plans we have made and spent hours working on only for them to become null and void at the whims of another guideline tweak or change in tiers. For ‘Macbeth’, a production originally intended to be performed in March 2020, there have been at least four different variations mapped out and ultimately scrapped: the original immersive in-person performance; an end-on stage production; an online livestreamed from a theatre; a film in the countryside surrounding Durham. All of these were viable at some point in the last year, and just because they never materialised does not mean that all of the work that goes into a production behind-the-scenes had not already begun. Everyone in theatre has proven the heights of their perseverance, but it does become profoundly wearing to continually have to adapt and rework plans that never come to fruition. Nevertheless, we have to maintain the level of effort; we have to keep making plans because eventually there will come the point when they aren’t scrapped. The difficulty is living in the uncertainty of when that will be.

Directing the Finalists’ Showcase has been a strange flipside to the Zoom-play coin. All the rehearsals have been online this term, and so instead of attempting to mimic what we would have been doing in-person, I decided I wanted to use the Zoom format as scaffolding for a different approach. Every week, we have been exploring different acting methodologies, adapted for both online rehearsals and the showcase’s focus on monologues. At least the fatigue we are all so familiar with was somewhat assuaged by the fact that we were approaching rehearsals in entirely different ways every week. We all know too well that monotony is a sure-fire way to douse energy, especially online.

The pandemic has forced us to confront our own creative adaptability in the midst of utmost uncertainty. I was lucky to be able to direct and film DUCT’s ‘Classical Acting Showcase’ in the Assembly Rooms Theatre the Monday before the November lockdown kicked in. This academic year has been composed of many lucky strikes of fate like that, hidden amongst a cycle of planning and disappointment. I am grateful that we can continue to create in spite of everything; theatre is still theatre, whatever form it takes.