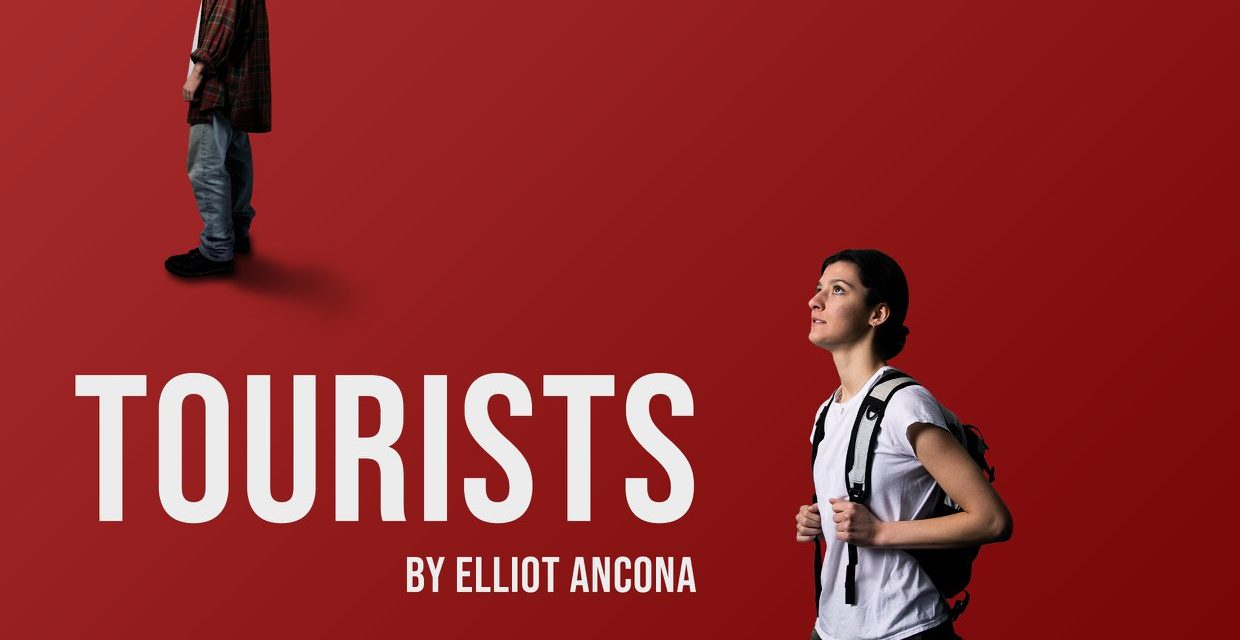 Elliot Ancona introduces his play about voluntourism based on true experiences, Tourists, for the Durham Drama Festival 2020.

Dee lives in a tent. It’s winter, and a young volunteer is standing in his home. Her name is Allie and she says she wants to help. Dee thinks it isn’t so simple.

Over the border in a tiny office, two aid workers hatch a plot. Things are getting worse and the time for action is now – but is it worth risking everything for?

‘People are shifting, plans are being made. You can feel it in the air…’

Most of Tourists is true. It began as a collection of anecdotes, things Toby and I had seen and heard on a trip last summer. What is now a script with a narrative, started as a bunch of journal entries and long conversations.

When we came back, we had a load of questions bouncing around about volunteering and charity, and we couldn’t seem to let them go. I was fascinated by altruism as an idea, how the more you think about selfless acts, the more paradoxical it all seems: do we want to help, or just want the sensation of helping? I tried a bit of writing and as the idea developed, fragments of scenes became little vignettes, which eventually came together to form Allie’s story. This is how we found ourselves with a script. Toby agreed to be Assistant Director.

I love stories that make you work – that don’t provide the whole picture but rather build a patchwork out of little moments. I always wanted this to be one of those. There’s a specific feeling when you’re a long way from home. Everything’s strange and it’s hard to know where to begin untangling what you’re seeing. You ground yourself in the people you meet, the friends you make, and I wanted to evoke that here. The audience should feel as though they’ve been dropped into the middle of something hectic. The scenes are short and the plot jumps about because the world of the play is urgent and bewildering. At least, that’s the idea.

Juggling writing and directing is a new one for me. It’s difficult. When both the words and the production are fluid in your head, it’s hard to find solid ground to stand on. You obviously have to nail down the script in order to get anywhere, but you can’t be too reverent to the script without feeling like a bit of a narcissist. Having real experience to lean on is the thing that’s stopped me from flapping about in the wind – that and Toby’s occasional gentle reminder to get a sodding grip.

It feels like a fluke to have wrangled so many talented people for this, particularly considering the good faith with which everyone has adopted it. It’s a young, still-developing idea, and the cast, production and tech teams have built up the project in ways we could never have anticipated. I never consciously decided to make a play out of this, but one thing has led to another and here we are. If you find yourself with a ticket, I hope that you enjoy watching it as much as we have enjoyed making it.

Tourists is in General Programme 2 of the Durham Drama Festival 2020, playing at the Assembly Rooms Theatre on 5th, 6th and 8th February.