Durham Student Theatre is thrilled to announce that Durham will be returning to the National Student Drama Festival (NSDF) this year with four productions selected by the NSDF panel. NSDF has selected shows from Durham for the last three years, but this is the first year four Durham shows have been chosen. Durham remains one of the most successful and represented of the universities at the festival. 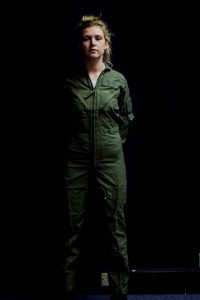 In addition, Durham returns to the festival with another musical. Tone Deaf Theatre Company’s The Last Five Years is a two-hander musical which tells the story of a relationship over five years.

Cuth’s Drama Society’s production of The Events was also chosen for the festival. Written by David Greig, The Events follows the aftermath of a massacre.

As well as these selected shows, seven Durham productions in total were longlisted for the festival, and many of the individuals from these shows have been invited to attend as company members.

74 student productions from across the country were submitted to the festival this year in the hope of being selected, and only 16 shows have been chosen to perform at NSDF. NSDF is open to anyone in the 16-25 age range, and many shows come from theatre companies, drama schools, and universities with dedicated academic programmes to the performing arts. With Durham making up a quarter of the shows at NSDF this year, it makes the achievement even more significant. 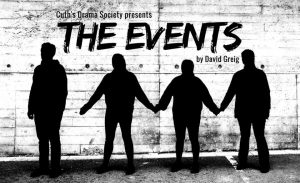 Over the past few years, Durham has won many awards at the festival. Amongst other awards, last year Durham won The Cameron Mackintosh Award and both awards for Spotlight Most Promising Actor. In 2016, Durham won 9 awards including the Festgoers’ Awards for Best Show.

The National Student Drama Festival is taking place this year in Leicester from the 24th-30th March.